Have you ever seen that sign at the grocery store counter that reads “ten items or less” and sputtered, “It should say ‘ten items or fewer!’” and had your monocle fall off in a spasm of self-righteousness? Well, don’t call the manager yet, Professor English, because it’s not that simple. I’m gonna blow your mind right now: There is no hard rule about when to use “less” versus “fewer.”

It is widely taught that “fewer” refers to numbers and “less” to amounts, but there are tons of exceptions, and it was never a rule to begin with.

Old-school “rule” of less vs. fewer

Under this rule, we say:

“There are fewer security guards working today than yesterday, and they are less enthusiastic.”

Clean
Has a special flexible head to hit everywhere you need it to, has a variety of different functions to use to fit your preferred style, and is designed to last seven years.

We count security guards but we measure enthusiasm.

Does that make sense? Good. But it doesn’t apply to many common usages of “less” and “fewer.”

The many exceptions to the “fewer” vs. “less” guideline

We don’t generally use “fewer” when talking about money, distance, weight, time, and statistics. In these cases we usually use “less.”

Here’s how we talk about being broke, for example:

“I have to rob the bank! I have less than a thousand dollars in savings!”

It wouldn’t necessarily be wrong to say “I have fewer than a thousand dollars in savings,” but it has a different connotation, because we often think and talk about money as an abstract whole, as opposed to referring to individual units of currency.

If you want to talk specifically about a unit of money as opposed to money itself, you could use “fewer”:

“After the explosion, I picked up ten 100-dollar bills from the vault floor. George snagged fewer than six.”

The same basic idea applies to time. For example:

“The cops will be here in less than five minutes!”

If you want to draw attention to the units of time as opposed to the general idea of time, you can use “fewer”:

“Look at your watch! We have fewer than five minutes until the police arrive!”

The same rule applies to distance:

“The police station is less than five miles from the bank!”

“The last time I went to the joint, I weighed less than 200 pounds.”

We also use “less” instead of “fewer” when talking statistics. We say:

“Less than 10,000 inmates are currently being held in federal prison for bank robbery.”

There are phrases we use all the time that go against the “fewer” vs. “less” guideline seemingly for no reason. For example, “an essay of 800 words or less.” Or “that’s one less thing to worry about.”

This where the “10 items or less” sign at the supermarket comes in. The sign might gnaw at your inner grammarian, but get over it: It’s correct because that’s the way it’s commonly used, and it was never actually wrong in the first place.

“Less” has been used by writers when they “should” have been saying “fewer” for over a thousand years, really since the beginning of written English. But it has been less than 250 years (see what I did there?) since it was (wrongly) declared a rule.

The culprit seems to be early linguist Robert Baker. In 1770’s Reflections on the English Language, Baker writes: “[Less] is most commonly used in speaking of a Number; where I should think Fewer would do better. ‘No Fewer than a Hundred’ appears to me, not only more elegant than ‘No less than a Hundred,’ but more strictly proper.”

Note that Baker does not say this is a rule. He says “I should think” and “appears to me,” and talks about the elegance of the word choice, but Baker is only stating his preference—and even if he was laying down rule, Robert Baker is not the king of English. Baker’s clout among pointy-heads of the 1700s (and our own desire to seem smarter than the person who writes the signs at the supermarket) resulted in generations of English teachers recasting Baker’s preference as a rule.

In the end, when to use “fewer” or “less” is up to you. “Fewer” is generally used to refer to a number of things, and “less” to amounts of things, and some people might look down on you for doing it differently, but you are not wrong. There’s nothing incorrect about a sign that says “10 items or less,” and you can tell your English teacher that to their face. 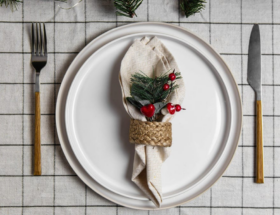 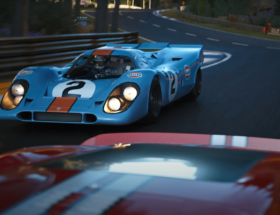 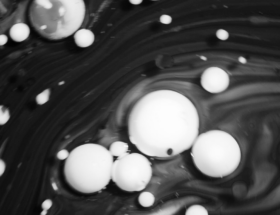