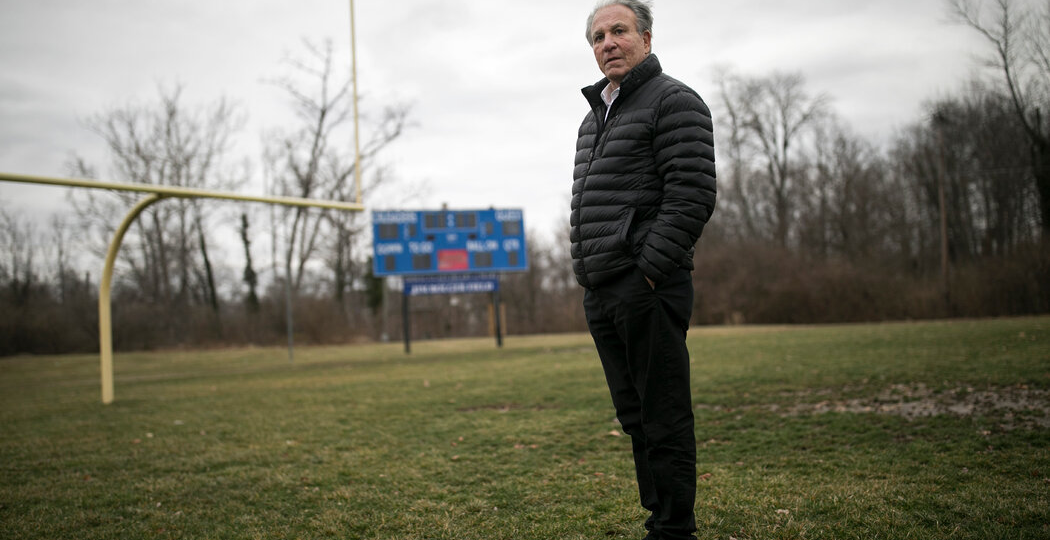 CINCINNATI — Denny Doyle is a committed Catholic and a lifelong football fan, and he saw little conflict between the two until his grandson was old enough to play the game. That’s when he began reading about the risks that tackle football posed to young boys, whose brains are particularly vulnerable to concussions. To Doyle’s relief, his grandson opted for flag football.

But Doyle, his eyes opened, saw a bigger problem: The Roman Catholic Church that he loved was putting tens of thousands of other boys at risk by sponsoring the Catholic Youth Organization, or C.Y.O., which runs tackle football leagues around the country.

A former lawyer, Doyle feared that the church could be sued if a player sustained a catastrophic brain injury on the field or developed neurological or cognitive problems years later. After all, the church had pledged to protect children from harm after the child abuse scandals that led to billions of dollars in settlements.

Eventually, Doyle thought, an enterprising plaintiffs lawyer would make the case that the church was still exposing children to harm on the football field.

So Doyle made it his mission to get the church out of the business of tackle football.

“Nothing like this upsets my faith because my faith transcends Catholicism and my own relationship with God,” Doyle said. “But it’s disappointing and it’s sad because I think that they’re making a terrible mistake and they’re injuring children’s brains. It’s the second child abuse crisis in the Catholic Church.”

An Invitation to Meet With Experts

Doyle, 78, married and the father of four grown children, also has nine grandchildren. He had a successful career at Chiquita Brands International, entering as a general counsel and rising through the executive ranks. Meeting him, you notice his deep tan (he splits his time between Cincinnati and West Palm Beach, Fla.), the shock of gray hair at his crown and the relentless intensity with which he speaks about football and the Catholic Church.

As a cradle Catholic whose family foundation has donated millions of dollars to Catholic causes, including Catholic secondary school education and student endowments, he’s an unlikely gadfly.

Doyle’s mission is also personal. He began playing tackle football at 7 and had concussions in grade school, high school and college, leaving the team at Xavier after one especially nasty hit. Doyle wondered whether he might incur the same cognitive and neurological issues that N.F.L. players have faced.

In the four years since he began lobbying church officials, Doyle has urged the archdiocese in his hometown, Cincinnati, to recognize the risks it faces. He hired a Catholic sports law professor to write opinions outlining the archdiocese’s legal exposure by allowing youth football to be played on its property, and sent them to church officials.

Doyle made a presentation to them in 2018 and offered to fly them to Boston to visit scientists who study the links between brain disease and repeated head hits.

Here are more fascinating tales you can’t help but read all the way to the end.

“I did not ask them to make any commitments, only to listen,” Doyle said.

In one study by researchers in Boston, athletes who began playing tackle football before age 12 were at greater risk for behavioral and cognitive problems later in life than those who started playing after they turned 12.

The church officials have politely but firmly declined Doyle’s invitation. The church said it stopped administering C.Y.O. sports decades ago and that church parishes were asked to run the leagues.

Doyle said the archdiocese is still at risk because C.Y.O. leagues often play their games at parochial schools owned by the church. The archdiocese declined to comment.

The archdiocese, he said, is hesitant to regulate C.Y.O. leagues because football is popular in Ohio and it does not want to alienate young parishioners.

“With abortion, the church says whenever a life is on the line, we do the ultimate to protect life,” Doyle said. “They hang themselves out there to protect life, but when someone says they should be protecting a life from brain damage, they don’t want to look.”

Tim Neary, a historian at Salve Regina University in Rhode Island, who has written about C.Y.O., agreed that dioceses are conflicted because many parishioners like football. But “from a legal point of view, a more protective stance would make sense,” he said. “There is this movement, this real fear about head injuries, and it’s doubly present in the minds of dioceses, which are in financial trouble.”

Doyle has taken no pleasure in fighting against football in this hotbed of the sport. Some of his neighbors who are volunteer coaches quietly admit that they have concerns about the safety of the game. But they don’t speak up because they fear that the cash-strapped leagues might shut down if they have to spend more on training, equipment and injury monitoring.

Unable to make headway in Cincinnati, Doyle donated money to the Concussion Legacy Foundation to pay for videos promoting flag football for children under age 14. He also sent letters and scientific research papers to the 40 dioceses in the country with the most youth football players, and offered to fly them to Boston as well. Two officials from the Pennsylvania Catholic Conference accepted his invitation.

Sean McAleer, the director of education at the conference, said that during his two-night trip to Boston he learned about youth tackle football and the increased risk of subsequent cognitive problems.

“We never thought this would have everlasting effects on kids,” he said. “Anything with youth that could cause an injury, we want to protect kids.”

McAleer said that some of his state’s dioceses have abandoned tackle football because of the liability, but those C.Y.O. programs still offering the sport now teach players to avoid head-to-head contact. Coaches, he added, are trained to identify a concussion on the field.

Still, some dioceses are taking greater control of their youth sports programs, not less. In Cleveland, the largest diocese in Ohio, C.Y.O. is managed by a full-time staff that runs 11 sports programs for 20,000 children, and has a set of charters and bylaws for accountability and legal protections. It introduced seven-on-seven tackle football to ease young players into the game, and has dramatically reduced the amount of contact in practices.

The diocese also works with the sports medicine center at the Akron Children’s Hospital to track concussions and other injuries. University Hospitals Sports Medicine, which operates throughout Northeast Ohio, provides experts to teach coaches about the prevention and treatment of injuries, including concussions.

Dobie Moser, the director of C.Y.O. for Catholic Charities in Cleveland, hopes the extra steps bolster the tackle football program, which has seen a 42 percent decline among seventh graders and a 58 percent drop among eighth graders from 2014 to 2019. The flag football program during the same period expanded rapidly.

“C.Y.O. is not immune: The trends and issues in football also are very much affecting us,” Moser said. “We’re not blindly optimistic that what we’re doing will reverse these trends.”

All volunteer coaches must take courses on basic medicine and sports teaching methods. Football coaches must also attend nine hours of classes on football safety to get coaches to stop using out-of-date tackling methods they learned growing up, when head injuries were taken less seriously.

One group of coaches met on a Saturday in July 2019 at Lake Catholic High School in Mentor, Ohio, about 30 minutes from Cleveland. Marty Gibbons, an alumnus and former college player, told three dozen volunteer coaches about new tackling techniques that focus on using the shoulder to minimize the risk of head and neck injuries.

“Everyone’s saying football’s going to be gone, so we have to adapt,” Gibbons said. “At the end of the day, you’re liable, so take care of your players.”

Tim Tyrrell, the football coach at Archbishop Hoban High School in Akron, Ohio, told a group of 20 volunteer coaches at a different training session that the decline in the number of Catholic schools and the lack of national standards for teaching football have driven players to other sports and better organized leagues.

“It does hurt a little because it pulls kids away from the sport,” he said.

Despite the slow progress in getting his message across, Doyle said he would continue pressing his message to the church because the risks are so great.

“You’re now going through massive litigation for child abuse that you covered up, so you need to look at this issue as a church like you wish you had looked at the child abuse issue when it was first reported,” Doyle said. “You are a steward of children, and in retrospect you caused massive damage. I would hope they would look at this issue through the lens of what happened.” 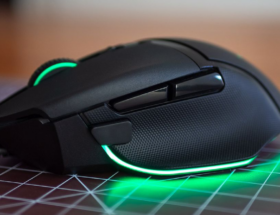 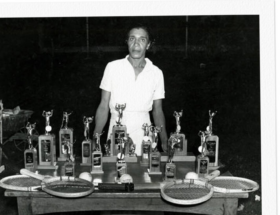 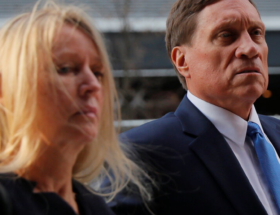