The conference will take place on the Swiss Riviera, where Nabokov resided from 1961 until his death in 1977, and where he composed his novels in a suite at the Montreux Palace Hotel while also chasing butterflies in the mountains nearby. In Switzerland, Nabokov, whose scientific work has been recognized by entomologists around the world, constituted his last collection of butterflies and the latter is now in The Musée cantonal de Zoologie inLausanne. The location of the conference is thus ideal for an examination of the writer-entomologist’s relationship to the natural world. It invites scholars to examine his translation of the world into words and explore the nature of his writing and his writing of nature.

This interdisciplinary conference calls for contributions by scholars in Russian, American, and comparative literature, but also entomologists, botanists, ecosystemists, translation specialists, and philosophers. Indeed, it is by combining perspectives and methodologies that we will be able to grasp the complexity of Nabokov’s relationship to the natural world and contribute to renewing our own view of nature.

In the immense corpus of Nabokovian studies, the relationship to nature does not yet occupy the place it deserves. In its temporal, linguistic and geographical scope, Nabokov’s oeuvre reflects the evolution of human relationships with the natural world that has produced, at the time of the Anthropocene, what Bruno Latour has called the “new climatic regimes.” Although essential work has been published on his scientific work and on the presence of butterflies in Nabokov’s work (Boyd, Johnson, Alexander, Gould, Remington, Karges), only few studies have considered the relationship between his literary writing and scientific research (Blackwell, Zimmer, Durantaye). Rarer still are the publications that focus on “things of nature” in his work, butterflies, but also other insects, botany, fungi, animals and ecosystems such as peat bogs, mountains, plains, and lakeshores from Russia to Switzerland, Crimea, Germany, Southern France, and the United States.

The symposium is an opportunity to study the presence and role of the natural world in Nabokov’s literary work, and to better understand the evolution of the writer’s relationship to nature.

This conference proposes to capture Nabokov’s unique way of looking at the natural world: a connoisseur’s and expert’s way of looking made of admiration and expertise. The conference also wishes to document and study the development of Nabokov’s relationship to nature. As a child, guided by his parents he made his first discoveries—his father played a major role in this and the conference will commemorate the centenary of his assassination in 1922 ; his father also introduced him to entomology while his mother, an expert on mushrooms.. As a child, his parents guided his first discoveries: his father, whose assassination in 1922 will be commemorated in the conference, introduced him to entomology, and his mother to mushrooms; then, as a young exile in Crimea or in the South of France, as a Harvard researcher traversing the American West, and finally as an “old naturalist with his broken net” in the mountain pastures of the Canton of Vaud, he would pursue his interest in nature”.With each exile, Nabokov would lose his collection of butterflies, but his pages—in Russian, French, and English—rustle with the sights and sounds of nature.

The conference invites participants to consider their contributions within current work in ecocriticism, ecopoetics, and environmental humanities.The contributions may seek to shed light on the ways in which Nabokov gave meaning to the world by putting it into words, thus revealing unsuspected realities and sensitive dimensions—those of a trilingual entomologist-writer, synesthete, a great lover of dictionaries, and an ecologist avant la lettre. The conference also seeks contributions about Nabokov’s multilingualism. Nabokov was acutely aware that the world cannot be represented in the same way from one language to another: the very words to describe nature (denominations, colors, sounds, shapes, connotations) reveal a variation of perception and an ore of sensitivity specific to each language-culture, and each of them infuses his literary work with an ecopoetic dimension.

Topics that may be covered, but are not limited to, include the following:

– Nabokov’s relationship to the animal world: insects, but also wild and domestic animals, and their literary and zoopoetic aspects.

– Nabokov and flora: trees, plants, and flowers appearing in his writings.

– Nabokov’s entomological publications; his approach and his methods, his relationship to the non-human.

– Hunting and predation in the natural environment.

– The natural world and plurilingualism: the differences in verbalization and feeling of nature from one language or culture to another.

– The relationship between literary writing and scientific writing, in particular the importance of details.

– The role of natural landscapes and ecosystems in Nabokov’s aesthetics and writing.

– The influence of Nabokov’s scientific expertise on his writing and on his practice of translation.

– Nabokov as a naturalist and ecologist.

To reinforce the interdisciplinarity of the conference, organizers particularly invite presentations with two or more voices.

Proposals with a reflection on the nature of Nabokov’s writing, and on his relationship to nature according to his writings are particularly welcome. Contributors are invited to go beyond thematic or descriptive accounts and develop an analysis of Nabokov’s writing.

Please send 400-word paper proposals, in French, English, or Russian, with a 300-word biography, to NabokovLausanne2023@vladimir-nabokov.org by October 16, 2022.

Please consult the bibliography on the conference’s topic, at the end of this call for papers.

Isabelle Poulin (Professor of Comparative Literature, University of Bordeaux-Montaigne, France), author of Vladimir Nabokov Reader of the Other (Presses Universitaires de Bordeaux, 2005), Dostoyevsky, Sarraute, Nabokov. Essay on the Use of Fiction (Le Manuscrit, 2007); Isabelle Poulin’s next book is devoted to animals in Nabokov.

In Environmental Studies and Ecocriticism:

Abram, David. The Spell of the Sensuous: Perception and Language in a More-than-human World. New York: Vintage, 1997.

Oliver, Kelly. Animal Lessons: How They Teach Us to Be Human. New York: Columbia University Press, 2009.

On Nabokov, Lepidoptera, Animals and Plants:

Blackwell, Stephen. The Quill and the Scalpel, Nabokov’s Art and the Worlds of Science, Columbus: Ohio State University Press, 2009.

Bouchet, Marie. “Nabokov’s Text under the Microscope: Textual Practices of Detail in Both his Lepidopterological and Fictional Writings”, in Insects in Literature and the Arts, M. Bouchet & L. Talairach-Vielmas Eds., London, Bern: Peter Lang, 2015, 81-97.

Gould, Stephen Jay. “No Science Without Fancy, No Art Without Facts: The Lepidoptery of Vladimir Nabokov”, in I Have Landed, Splashes and Reflections in Natural History. New York: Vintage, 2003, 29-53. 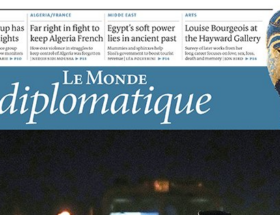 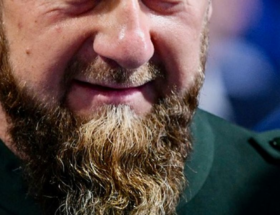 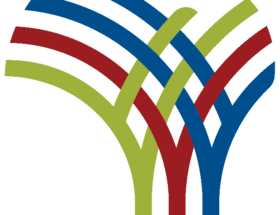