Right-wing YouTuber Tim Pool, who has been one of the more prominent online voices pushing culture-war tirades about the covid-19 pandemic, recently contracted the coronavirus after refusing to get vaccinated and after hosting an indoor event for fans with few safety protocols in place, the Daily Beast reported on Wednesday. Pool also claims that Joe Rogan offered to pay for a cocktail of treatments that have gained a reputation with right-wingers that far outstrips the scientific evidence for their clinical use.

Pool characterizes himself as a disaffected liberal who was turned into an ‘enlightened centrist’ after the left was taken over by a cabal of hyper-woke social justice warriors. What this means in practice is that he’s the sort of YouTuber who churns out a seemingly unending series of reactionary culture-war takes on the news of the day, each sloppily tailored to cater to his audience’s preexisting biases while playing the role of the one sane liberal left on the planet. On his Timcast channel, the “woke left” is continually imploding, anti-white racism is one of the biggest issues confronting the nation, Donald Trump is a brilliant strategist running circles around his opponents, there’s ample reason to be suspicious about the 2020 election results, and Disney has been overtaken by Communist propaganda.

Throughout the pandemic, Pool has cast vaccine mandates as a prelude to some kind of totalitarian dystopia—a particularly lazy ending to an anti-vax Black Mirror episode, say. He has also publicly claimed to have not received the coronavirus vaccine. This has all been very lucrative for Pool, who’s not above things like hocking survival rations to preppers and claimed last year that his income was approaching $600,000 a month.

Pool announced in a video on Wednesday morning that prior to airing his Oct. 27 live broadcast, one of his employees tested positive for the virus. Pool and his two guests, YouTuber Seamus Coughlin and the editor-in-chief of the right-wing Canadian site the Post Millennial, Libby Emmons, continued with the broadcast regardless. The next day, Pool woke up extremely sick, and his condition worsened over the weekend as an unknown number of friends and Timcast staffers also eventually tested positive. The Daily Beast wrote:

The following Thursday morning, Pool woke up “feverish and drenched in sweat,” plus a headache, he said. It was “the worst experience” with an illness of this sort he’s ever had. By Thursday evening he “felt like death.”

His fever spiked over the course of the night, and significant body aches manifested on Friday. Four other unnamed employees and friends also were feeling very ill, though, according to Pool, the tests they’d procured came up negative. (Some unknown percentage did eventually test positive.)

Pool said in the video he’d sought out treatment at a clinic that refused to prescribe him ivermectin, an antiparasitic drug that a very vocal contingent of right-wingers has pushed as a miracle treatment for covid-19 despite a lack of good evidence to support it, with the clinic citing a lack of Food and Drug Administration approval. He says that Rogan, another podcaster who has broadcast scientifically dubious views about coronavirus vaccines, convinced him to seek a “better doctor.” Pool said in the video he tested positive on Friday and sought out alternate treatment at an unidentified private practice, which he said did prescribe him ivermectin and azithromycin—an antibiotic with anti-inflammatory effects that was found to be ineffective for covid-19 in at least two large clinical trials. (Pool also mentioned monoclonal antibodies, which are taken from people who have recovered from the virus and are supported by a wide body of research.) The title of Pool’s video on Wednesday suggested he would have been hospitalized if not for the “kitchen sink” treatments.

Pool’s condition worsened until it became “excruciatingly painful” and hard to breathe on Saturday night, he said in the video, but then “all of a sudden” began to improve by early the next morning. He also claimed that Rogan had offered to pay the $3,650 plus in medical treatment costs, though Pool didn’t clarify whether he had accepted.

According to the Beast, on Oct. 23, Pool had hosted an event at Charles Town, West Virginia’s Longshots Billiards, complete with 200 tickets offered up for free to subscribers to his YouTube channel. The bar’s event coordinator told the Beast that it doesn’t check vaccination status as an entry requirement, and does not enforce a mask-wearing policy. At a Q&A following the event, a video obtained by the Beast showed, Pool’s producer and show booker, Lydia Smith, told attendees she was inspired by the unvaccinated and that “If more than one person is refusing, that means you’re not alone.”

It’s not clear exactly what procedures Pool took to notify attendees or Longshots staff of potential exposure beyond his YouTube announcement, with Pool telling the Beast he followed an in-house contact tracing procedure that “involves reaching out to people and talking to them.” Pool told the Beast the event was not “shoulder to shoulder” and the venue “decently ventilated,” and that contract tracing had found the first editorial employee to get sick hadn’t gone to Longshots, making it “unrelated.”

In the Wednesday video, Pool doubled down that the incident “makes me feel like I was right the whole time” about the ineffectiveness of vaccine mandates and that he looks “forward to … the media lying about me and my prescriptions and my medications.” To put it another way, it’s difficult to get a man to understand something when his salary depends upon his not understanding it.

Pool didn’t immediately respond to a request for comment from Gizmodo on this story, but we’ll update if we hear back. 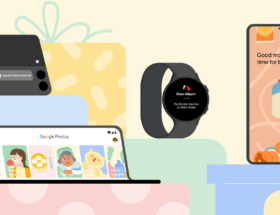 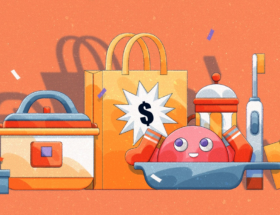 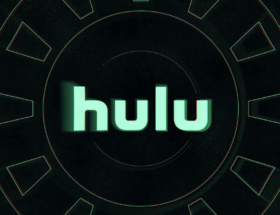