Google is the latest phone maker to join Apple and Samsung in giving you resources to fix phones yourself. It’s partnering with the tinkerer of all tinkerers, iFixit, to provide official parts for Pixel phones later this year. Notably, the initiative will cover models ranging from the Pixel 2 (from 2017) through to the Pixel 6 Pro and beyond. According to the announcement, you’ll get access to a “full range” of components, like batteries, cameras and displays, whether you buy them individually or with iFixit’s own Fix Kit tools.

It’s shaping up to be an interesting year for people willing to repair their own phones. We still haven’t had a chance to see how Apple’s iPhone repair proposal will fare in real life — how hard is it going to be? — but Google is being smart by pairing with, arguably, the go-to people for those willing to take their phone’s life into their own hands.

The Hummer has always been ostentatious. So it’s no surprise the Hummer EV is not only large but also heavy, and really not all that efficient as an EV. But what it lacks in miles per kilowatt, it makes up for in over-the-top fun.

Roberto Baldwin got to drive the larger-than-life SUV, and it proved to be a capable off-roader that showcases GM’s Ultium platform. It is still, at its core, a Hummer.

But don’t expect an UI redesign.

The next major update of iOS could include “significant enhancements,” according to Bloomberg’s Mark Gurman. In his latest Power On newsletter, Gurman anticipates iOS 16 will include an update to notifications and an assortment of new health-tracking features.

Gurman added that the Apple Watch’s watchOS 9 may include upgrades to its activity and health-tracking features, but stopped short of sharing specifics. Boo.

Breaking the record set by… the first Sonic movie.

With a $71 million debut at the domestic box office, Sonic the Hedgehog 2 has set a new record for the US film debut of a video game adaptation, beating the previous high watermark set by its predecessor in 2020. The sequel made $57 million during its opening weekend, and Paramount now plans to expand this success into a cinematic universe. What have you done?

‘Step outside the vehicle, please.’

Since February, GM’s Cruise self-driving unit has offered public taxi rides across San Francisco. And so far, the service hasn’t had many issues. A video from April 2nd showed San Francisco police attempting to pull over a driverless Cruise vehicle in the city’s Richmond District, only for the car to temporarily take off.

Watch for the confusion.

Disney, Final Fantasy and a kinda-Tokyo.

During an event celebrating the franchise’s 20th anniversary, we got our first proper glimpse at the next Kingdom Hearts game. Kingdom Hearts IV marks the return of Sora after 2019’s Kingdom Hearts III seemingly concluded the story arc that began with the original game in 2002. The trailer showed Sora waking up in a city called Quadratum, a Tokyo-inspired city rendered in a semi-realistic way, marking a major artistic shift for the series. The city is soon attacked by a towering monster and the story-centric opening scenes seamlessly transition to gameplay… and fighting. 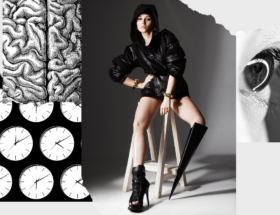 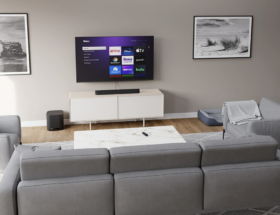 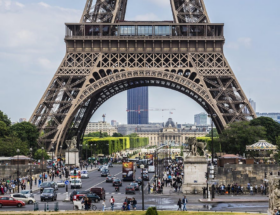