Acclaimed comics creator George Pérez passed away on Friday, May 6, after revealing his stage 3 cancer diagnosis in December. Pérez has been remembered for plenty of comics across his long career, from creating the epic DC maxiseries Crisis on Infinite Earths with writer Marv Wolfman to collaborating with Marvel Comics’ Jim Starlin on the Infinity Gauntlet event that was partially adapted for Avengers: Infinity War. Everyone has a comic that introduced them to Pérez, but arguably his most enduring work came from his and Wolfman’s New Teen Titans run in 1980.

Comic book companies aren’t always kind to the creators they have in their employ, particularly as those creators’ works have become either big tentpole blockbusters seen by millions across the world or TV series that run for multiple seasons. At most, there are shoutouts, either in the form of referencing a particularly famous cover, landmark, or object named after a particular creator. Some, like Stan Lee or Uncanny X-Men’s Chris Claremont, have been able to get short cameos in movies like Thor or Avengers: Endgame. That was true for Pérez, whose big cameos came in a pair of Teen Titans Go episodes from 2021.

The first, titled “Marv Wolfman & George Pérez,” is a goofy take on how Wolfman and Pérez came up with their New Teen Titans run in 1980. Their deadline is approaching. Both men voice their animated counterparts, which lends itself a certain charm as they banter back and forth. Early in the episode, Wolfman intones that the pair must come up with a way to reinvent them, and in a reference to how big of a hit that relaunch was, he dramatically declares that they must “save DC Comics from certain financial doom!” as the camera zooms in on his face.

What follows is a series of skits where the two men cycle through concepts of what their new incarnation of the Titans will be, and in typical Titans Go fashion, is incredibly silly. One hypothetical version is the “Teen Tight-Hands,” a rather clear riff on the Ninja Turtles that sees the super-team as giant, talking hands who fight a villain called the Stapler; a second concept is the “Pit Crew Titans,” modeled after the old Speed Racer cartoon. The strangest and funniest of the bunch portrays the Titans like they’re the organs controlling Superman the same way Star Trek’s crew controls the Enterprise. Once they’ve shot down all their options they’ve created by looking around whatever room they’re in, Pérez literally pulls a sketch of the Titans Go! incarnation of the team out of his back pocket, and they both decide that’ll have to do.

In the second episode, “Creative Geniuses,” the Titans go to their city’s Comic Con and are immediately met with fervor by Wolfman and Pérez. Robin, Starfire, and Raven have no clue who they are, but Cyborg and Beast Boy give their friends, and the audience, a quick primer on how the two men created Raven, Cyborg, and Starfire, and turned the team of heroes into a hit. When that’s not enough, Pérez and Wolfman transport the Titans to a comic book world modeled after Pérez’s original detailed, realistic renderings that also puts them in their original comics costumes.

Of Titans Go’s numerous real life guest stars—which includes LeBron James, Weird Al, and even Stan Lee—Pérez and Wolfman are two of the funniest they’ve had. You can tell they’re having fun getting to be a pair of trickster demigods who’ve taken delight in messing with the Titans over the decades. Compared to the episode named after them, their time in “Geniuses” is considerably shorter, as the Titans leave them to continue exploring the convention. When the Titans have to fight recurring nerd villain Control Freak, they do so by piloting a mecha made out of animated versions of their voice actors, and when all seems lost, Pérez and Wolfman return to form a big sword that delivers the killing blow. They then end the episode by transporting the Titans and their voice actors to the comic book dimension from before, cackling with glee as they’re chased by a giant chicken.

No seriously, this is a thing that happens. The show has always been delightfully strange, but this is easily one of its more out there moments, and it still makes for a pretty fun episode.

Teen Titans Go is a show that’s never shied away from the past. Beyond Easter eggs, the animated series used its 11-minute episodes to inform young viewers of the media that predated them (such as VCRs and Thundercats), and has taken shots at everything from the American college system to pyramid schemes. Two of its bigger episodes have put a focus on B.E.R.’s annoyingly catchy 80s synth rock-style song, “The Night Begins to Shine,” and rap group De La Soul’s decades-long effort to regain ownership of their music, which they later did in June of last year. Whatever else one could say about that series back in the day, the fact that it’s been able to consistently call back to the past in a way that feels educational rather than cloying or cynically corporate is arguably one of the best things about it.

Everyone learns about history in their own way, and with how long that Teen Titans Go has been running (and seems poised to continue), it’s possible Pérez’s two appearances on the show will be the way many learn of his work as they get older. Even if that winds up not being the case, the show let him loudly declare himself a “creative genius.” That’s not a bad way to honor the man who, by all accounts, absolutely lived up to that title. 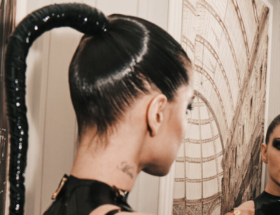 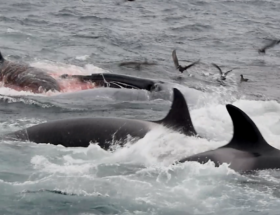 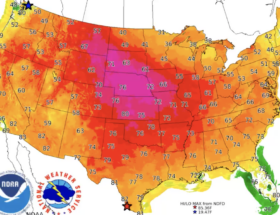