I loved the Vita. I have vivid memories of playing Persona 4 Golden for hours in the dark on my dad’s couch in Chicago flying around the world of Gravity Rush from an airplane seat and playing Murasaki Baby before bed. The Vita felt good and it made me happy. And then, Sony killed it.

For the past seven years, I’ve been wondering why the Vita had to die. So today, we’re finally going to grieve and analyze together: What happened to the Vita, and what if it were still around today?

It’s been difficult to not think about the Vita recently. The mobile market is on fire right now, with Valve’s Steam Deck shipping out, the Playdate on its way from Panic, and of course Nintendo’s Switch and Switch Lite at the top of the charts. Not to mention, Microsoft is courting the handheld space with Cloud Gaming and Game Pass, and mobile gaming represents the largest and fastest growing segment in the industry. From consoles to PC, it seems every company is investing in handheld play. Every company except Sony.

To be clear, Sony doesn’t have to compete in the handheld market just because everyone else is doing it, but the tragedy here is they were doing it with the Vita – and as LL Cool J would say, they were doing it well. Even with an embarrassing amount of options in the handheld space, I still want a new Vita. I want one in black and another in a peach colorway; I want the entire back panel to be a touchpad with DualSense-style haptics and I want a little hole in one of the corners so I can attach charms, just like I did on the original. And, charm-hole aside, I don’t think I’m alone here.

So, why don’t we all have shiny new Vitas in our hands right now? Basically, I think Sony got scared and scattered, and not necessarily in that order.

The Vita was a commercial failure, but its numbers weren’t completely tragic and there were even bright spots in its sales history. The Vita was an evolution of Sony’s successful PlayStation Portable line, with enhanced input mechanics, an OLED touchscreen and upgraded guts, and it first hit the market at the end of 2011. This was just before the launch of the Wii U, PS4 and Xbox One, and right after Nintendo dropped the 3DS.

As another handheld device, the 3DS is a good comparison point for Vita sales, and it doesn’t end up looking good for Sony. In 2012, Nintendo sold more than 13 million 3DSes, and that same year, Sony sold about 4 million Vitas. Sony stopped reporting Vita sales figures on their own after its first year on the market, and despite a few hardware iterations, the studio stopped building new devices in 2015. Sony essentially wrapped up support for the Vita by 2019, and best estimates place total global hardware sales around 16 million units. The 3DS, meanwhile, is at more than 75 million.

That’s the surface-level analysis, but I think comparing the Vita to the Wii U actually offers more insight into Sony’s mindset at the time, while offering a clear picture of what could have been.

By the beginning of 2013, the Vita and the Wii U were on shockingly similar trajectories. They were both iterations of previous hardware, trying new things and fumbling along the way. Nintendo’s Wii U came out in late 2012 and wasn’t nearly as well-received as its predecessor, the Wii, offering players a bulky gamepad with an uncomfortable UI and crappy battery life. In its five-year lifespan, Nintendo sold about 14 million Wii U consoles – 2 million fewer than the Vita’s estimated total, even.

Here’s where Nintendo and Sony pivoted away from each other. In classic Nintendo fashion, the designers of the Wii U kept their heads down and continued building their vision of a hybrid console. The Wii U wasn’t perfect, but that didn’t mean the entire concept was trash, and Nintendo’s blind focus eventually resulted in the Switch, a console with an emphasis on mobile play. Today, it’s one of the best-selling systems in history.

But where Nintendo chose to stay the course, Sony decided to turn around and go back home. It simply killed the Vita – and I think this was the result of internal turmoil at Sony proper. There was a disconnect in the way Sony marketed the Vita to different regions, and even in the way it explained basic ideas behind the hardware itself – like with its confusing and expensive memory card plan.

Since Sony stopped divulging Vita information early on, I’m using stats compiled by a self-professed data nerd at Kresnik258Gaming for this bit: The Vita sold best in Japan, where it enjoyed a sweeping marketing campaign complete with unique hardware bundles, models and games. The North American audience didn’t get the same attention, with limited advertising, few hardware bundles and only a couple of half-hearted attempts at regional software. By the time the second-generation Vita and Vita TV came out in 2013, Sony seemed barely interested in explaining the benefits of these systems to US and Canadian players, and Reddit was filled with complaints about the company’s lack of support.

This regional disparity happens to align with some major managerial shifts at Sony, and a larger change in its approach to players and developers. With the launch of the PS4 in 2013, Sony was on top of the world – interactive entertainment president Jack Tretton obliterated the Xbox One during an iconic E3 show, and once both consoles hit the market, the PS4 emerged as a clear winner in terms of sales numbers. Then, Tretton left Sony in 2014 and Shawn Layden took his place. By this point, the Vita was clearly an afterthought in North America. With Layden at the helm, Sony’s E3 shows took on a more business-oriented tone, and by 2016, it felt like an entirely different company on-stage. And this wasn’t just external: Sony had been saturating its systems with innovative and award-winning indie titles throughout the 2010s, but in 2016, two of the company’s pivotal indie evangelists, Adam Boyes and Nick Suttner, left, and indie developers said they felt abandoned by Sony’s system.

Honestly, it seems like Sony had too much going on internally to properly focus on the Vita, and in the chaos, it lost its sense of experimentation. Since this time, Sony has doubled down on the things it knows, like upgrading its console hardware and releasing first-party games, and it’s simply following the crowd when it comes to things like PlayStation Plus and streaming. I guess PSVR is cool, but it certainly doesn’t have the same impact as the Vita once did.

Or, as the Vita could still have. Imagine if Sony had a sequel to the Vita around today to market alongside the PS5 as a connection point for its streaming ambitions and an attractive hub for developers of all sizes. While Microsoft is busy buying up every mid-tier studio in town, a Vita would offer Sony a chance to collaborate in unique ways with smaller developers, giving the company even more exclusives, the currency of the modern market. We know that players today appreciate a sleek handheld component to their consoles, and Sony could use something to compete with Microsoft’s vast cloud capabilities and funding in R&D. It could use something that Microsoft doesn’t have. PSVR can’t fulfill this role – but Vita totally could.

At least, that’s how I feel. Let me know if I truly am alone here, or if you also want a handheld system from Sony – only rule is, you have to say whether you want the charm hole. 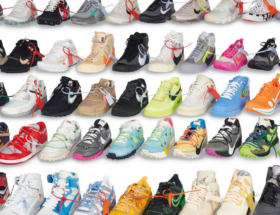 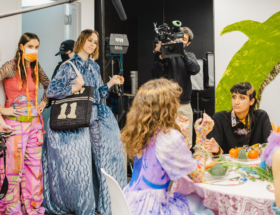 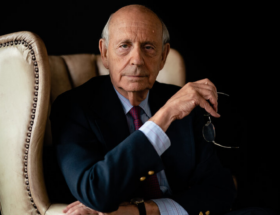