AEW breaking down “the forbidden door” has reminded fans of how fun wrestling can be.Credit: All Elite Wrestling

All Elite Wrestling broke down the proverbial “forbidden door” late last year by initiating a crossover deal with Impact Wrestling, and since then, multiple other promotions have joined in on the fun and have helped make the wrestling landscape as unpredictable as it’s been in many years.

On this week’s edition of Dynamite alone, AEW showcased talent from Impact and the NWA, in addition to promoting potential matches with stars from New Japan Pro-Wrestling. It’s as exciting of a time as ever to be a wrestling fan right now, and AEW has had no problem capitalizing off its recent momentum with fans being back in the buildings.

That continued on the premiere episode of Rampage on Friday night, with Christian Cage unseating Kenny Omega as the Impact world champion. Although it made for a memorable moment, it can be argued that Omega being beaten at all by anyone other than “Hangman” Adam Page at this point was a questionable call.

Meanwhile, WWE has done a decent job of putting together a relatively strong card for SummerSlam next weekend, largely thanks to the three marquee matches that have been built up over on SmackDown. One Raw match that could steal the show, despite not being officially advertised as of now, is RK-Bro vs. AJ Styles and Omos for the Raw Tag Team Championships.

This installment of Quick Takes will tackle why RK-Bro must be the next Raw tag team champions, King Nakamura becoming the new intercontinental champion, if AEW All Out is being overlooked, and more.

For the first time in a long time, fans are being treated to a true crossover in wrestling right now. Not only has it made matters infinitely more interesting for everyone involved, but it’s also created a sense of unpredictability and sent the message that virtually anything can happen at any given time.

AEW was already planting the seeds for the possibility of working with other companies from the get-go, but it has especially revved up with the return of live crowds in the last few months.

WWE has largely kept to itself in recent years and not been too open to the idea of working with major promotions on the scale that AEW currently does, but that’s perfectly acceptable. It can be a risky business tactic when it comes to potential injuries, scheduling conflicts and booking decisions, but so far, it has been beneficial for most of the companies in terms of increasing exposure and especially good for the fans.

This unprecedented period for wrestling has been fun to follow and has plenty of promise if things continue to run smoothly, which is far from a guarantee. There’s no telling what the future may bring and what other exciting things we could soon see transpire.

On the subject of AEW breaking down the “forbidden door,” the promotion took its working relationship with Impact to the next level this week with the Impact World Championship changing hands on AEW programming.

On Friday night’s premiere episode of Rampage, Christian Cage made history by beating Kenny Omega to become champion. Although he held the NWA Worlds Heavyweight Championship twice while with TNA 15 years ago, this marks his first reign as Impact world champion and now he’s set to appear for both companies simultaneously.

It also marked Omega’s first singles loss of any kind since Full Gear in November 2019. Fans have argued that a moment of that caliber should have been saved for when he was finally unseated by Adam Page, instead of Hangman getting the scraps so to speak if Omega loses all of his other championships before he takes the AEW world title from him.

It’s an interesting order of events. It won’t make Page look weak if and when that time comes, but AEW has to be careful to keep Omega (mostly) unstoppable until Hangman gets to him so the moment is as meaningful as it should be.

Of course, Christian’s win on Rampage all but confirms he isn’t winning the AEW World Championship against Omega at All Out in September. Additionally, it would have been ideal for Omega’s reign of terror in Impact to come to an end at the hands of someone actually under contract to the promotion, but Christian being the one to do the honors may work just as well.

In a matter of months, Shinsuke Nakamura went from midcard Superstar lost in the shuffle on SmackDown to one of the most popular acts on the entire show—again.

His initial rise on the blue brand and subsequent fall from grace due to WWE’s poor handling of him as a main event player has been well-documented. Thankfully, he received a renewed push as a babyface at the start of the year and has become much more of a focal point on the program.

Few people on the WWE roster have benefited more from the return of crowds in the last two months than The King of Strong Style. As meaningless as the King of the Ring crown has proved to be in recent years, it’s led to him being booked better and being perceived like an absolute star.

Becoming intercontinental champion on Friday’s SmackDown was merely the icing on the cake.

Nakamura previously held the prestigious prize from July 2019 through January 2020, but his reign was fairly forgettable. Now that he has momentum on his side, he could be just what the midcard scene on SmackDown needs at the moment before hopefully getting another shot at main event stardom down the road.

AJ Styles and Omos entered the Raw tag team scene seemingly out of nowhere right before WrestleMania 37. They made an immediate impact by becoming the Raw tag team champions in their first opportunity at the gold and have been booked fairly well since then.

For as well as they’ve worked together as a tandem, it’s been evident for months that Riddle and Randy Orton should be the team to take those titles from them. The timing also couldn’t be better now that Orton has returned from his recent hiatus and SummerSlam is fast approaching.

Some fans seemed to interpret Orton’s RKO on Riddle this week on Raw as The Viper severing ties with his RK-Bro partner, but it actually makes more sense for there still to be tension between the two. They can still come together and eliminate common enemies in Styles and Omos to become champions.

At a time when Raw has arguably never been more frustrating creatively, RK-Bro have been a recurring highlight on the program. To break them up any time soon would be baffling, not to mention that Raw’s tag team division would be far worse off without them.

RK-Bro capturing the gold on the grand stage of SummerSlam would get a great reaction, keep Orton and Riddle hot, and hopefully free up Styles to go back to being a singles star.

With so much excitement for the AEW product at the moment, the promotion must be careful to ensure that its upcoming All Out PPV on September 5 in Chicago is as important as every other event it’s heavily promoting in the coming weeks.

AEW stacked its first few shows back on the road in July, and all were enjoyable. Then came the premiere of Rampage on Friday night, and fans still have the United Center and Arthur Ashe Stadium shows to look forward to over the next month.

That begs the question of how much of a priority does AEW actually see All Out as. The event is already sold out, so beyond potentially putting a CM Punk match on the card, there wouldn’t seem to be much of an incentive to make it a super-special show with all of these other events going on.

All Out is just three weeks away and only two matches are advertised for the card as of this writing, including one that was done on the Rampage premiere (Kenny Omega vs. Christian Cage). The rest of the lineup is virtually unknown and not a ton has been teased as of late.

Dynamite has consistently been the most must-see wrestling show this year, but the hot-shot booking could hurt AEW in the long term if it saves the bigger attractions for free TV. That hurts events such as All Out and makes them feel significantly less special, so one can only hope the company intends to put together a loaded lineup for its return to PPV over Labor Day weekend. 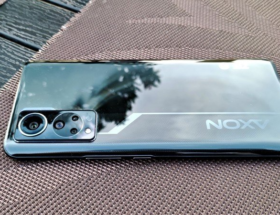 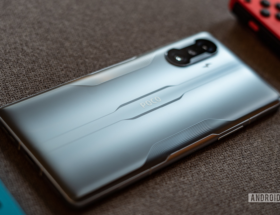 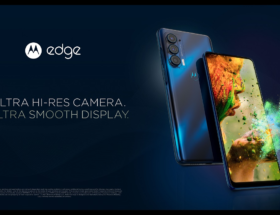