Leaders of Quebec, Canada, are planning to impose a tax on adults in the province who refuse to get vaccinated against COVID-19 for non-medical reasons, Quebec Premier François Legault announced Tuesday. The tax, he said, is a « consequence » for unvaccinated people who « put a very important burden on our health care network. »

Legault said the decision comes as the province continues to see an increase in hospitalizations.

« If you look at what’s happening in other countries or other states, everyone is trying to find the solution, » he said. « …Right now, these people, they put a very important burden on our health care network. And I think it’s normal the majority of the population is asking that there be a consequence. »

Roughly 92% of people in Quebec ages 12 and older has received at least one dose of COVID vaccine, according to the province’s health data. Vaccination, Legault said, is the « key to fight the virus. »

« This is why we’re looking for a health care contribution for adults who refuse to be vaccinated for non-medical reasons. Those who refuse to receive their first dose in the coming weeks will have to pay a new health contribution, » he said. « I know the situation is tough, but we can get through this together. »

The amount of the tax has not yet been decided, Legault said in a Facebook post explaining the decision, « but it will be a significant amount. »

The tax is just the latest measure put in place to try to curb the spread of the virus in Quebec. The province has also mandated remote work for any position that will allow it, canceled sports and extracurricular activities in schools, closed secondary schools, limited store and restaurant capacities, and limited private gatherings, among other things. There is also a curfew in place from 10 p.m. to 5 a.m.

Quebec also has a vaccine passport system that allows those aged 13 and up who are « adequately protected » against COVID to access certain places for non-essential activities. But Legault said, « We have to go further. »

« Right now, it’s a question also of fairness for the 90% of the population who made some sacrifices, » he said. « I think we owe them this kind of measure. »

Legault tweeted in French that unvaccinated adults represent 10% of the population but half of COVID hospitalizations in intensive care.

The announcement came a day after the province’s health director, Dr. Horacio Arruda, resigned from his position, which he held for more than a decade, according to the Canadian Broadcasting Corporation. Arruda stepped down in the wake of increased criticism over officials’ pandemic response.

Arruda was criticized for supporting indoor gatherings of up to 20 people through the holiday season, according to CBC, and for not providing evidence for the benefits of the new overnight curfew.

Days before his departure, the province announced that PCR testing hit such a high demand that the Ministry of Health and Social Services halted PCR testing for the general public. As of January 4, tests have been prioritized for those deemed most at-risk of infection, including those in hospitals and other health care facilities, those in detention centers, and people in First Nations and Inuit communities. Those who are symptomatic but don’t get priority are permitted to use rapid tests available in pharmacies, and have been urged to isolate.

Legault said Tuesday that despite the criticism, he stands by Arruda’s guidance throughout the pandemic.

« The recommendations he made with the information he had when he made those recommendations, I think that it was coming from after consulting other experts, » Legault said. « There are some advantages to somebody new after 22 months because it’s a very heavy burden to have. » 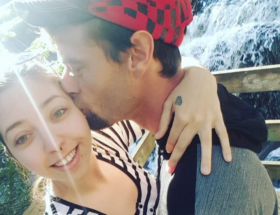 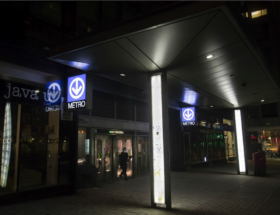 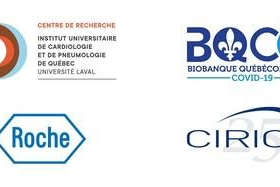