Snapdragon 8cx Gen 3, which builds on last year’s Gen 2, is the first 5nm PC platform, according to Qualcomm, which designed it with ultra-slim and fanless laptops in mind. It says that moving to a 5nm process node and other optimizations allowed for improved Kryo CPU performance while sustaining similar power consumption levels as Gen 2 chipsets. The company claims the chipsets will deliver up to 85 percent improved performance compared with the previous generation and up to 60 percent better per-watt performance than x86 chips.

Along with 5G and WiFi 6/6E connectivity, the platform is said to offer multi-day battery life, upgraded camera and audio functions and chip-to-cloud security. Systems with 8cx Gen 3 chipsets will be able to take advantage of « 29+ TOPS of AI acceleration, » which Qualcomm claims is three times the performance of « the leading competitive platform. » The AI acceleration could speed up tasks like face detection and background blur on calls. In addition, Snapdragon 8cx Gen 3 supports up to 4K HDR camera quality, and as many as four cameras.

Qualcomm also says 8cx Gen 3 will offer up to 60 percent improved performance over previous-generation chips during GPU-intensive tasks thanks to the Adreno GPU. You’ll be able to play games in Full HD at up to 120 fps, and Qualcomm claims the platform is optimized to let folks play up to 50 percent longer « than certain competing platforms. »

As for Snapdragon 7c+ Gen 3, that platform’s designed for entry-level PCs and Chromebooks, and it emerged only six months after the previous generation. It too supports 5G, both sub-6 and mmWave, thanks to the inclusion of the Snapdragon X53 5G Modem-RF system. You can also expect Wi-Fi 6 and 6E support. Qualcomm says the 6nm 7c Gen 3 platform will deliver up to 40 percent improved CPU performance and as much as 35 percent improved graphics performance over the previous-gen chipsets.

ARM-based Windows machines haven’t exactly set the world alight, and it remains to be seen whether Qualcomm can help the Windows on Snapdragon platform turn the corner with its latest, more powerful options. Devices with Snapdragon 8cx Gen 3 and 7c+ Gen 3 chipsets are expected to debut in the first half of 2022.

Elsewhere, Qualcomm is making moves in a new chipset category: gaming handhelds. It says the Snapdragon G3x Gen 1 Gaming Platform will support game streaming from consoles and PC, cloud gaming services and Android games and apps. The Adreno GPU can run games at 144 fps and at 10-bit HDR, according to the company, while the FastConnect 6900 system offers 5G mmWave and sub-6 and WiFi 6/6E connectivity.

To show off the platform, Razer collaborated with Qualcomm on a handheld gaming dev kit that’s available to developers starting today via Razer’s website. The device features a 120hz, 6.65-inch OLED display with 10-bit HDR support, four-way speakers and a built-in controller. The device can even be used for live streams that include audio and video feeds from players, since it has a 1080p 60 fps camera and dual mics.

Should Snapdragon-powered handhelds come to market, they’ll be vying against the likes of the Nintendo Switch, Steam Deck, smartphones and tablets. It’s a competitive sector, but one that’s growing rapidly, so there might be room for devices with Qualcomm chipsets to carve out a niche. 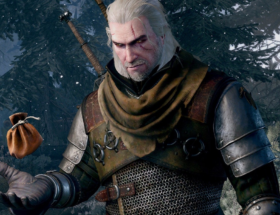 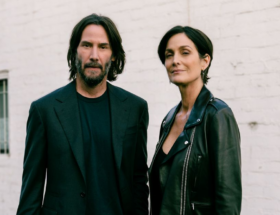 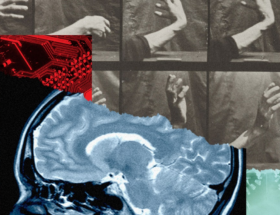