Playdate shouldn’t be able to do the things it does. It’s tiny enough to fit in the too-tight front pockets of my skinny jeans, it’s lighter than a deck of cards and it has a 1-bit black-and-white screen. It feels like a relic of the ’90s, at least until you power it on – Playdate supports smooth, densely pixelated animations, it connects to Wi-Fi and it has a library of exclusive games from top-tier indie developers, all available for free. The small crank attached to its side is the icing on the yellow cake, adding a layer of sweet innovation to every experience on the system.

Playdate is my favorite handheld device since the Vita. It’s a love letter to indie games and creativity, and I think it’s exactly what the industry needs right now.

Playdate is the brainchild of Panic, the Mac developer and publisher behind Firewatch and Untitled Goose Game, with hardware crafted by Teenage Engineering. Its specs are appropriately adorable, with 16MB of RAM and 4GB of flash storage, an accelerometer for motion-based input, a 400 x 240 1-bit display, a built-in mono speaker, condenser mic and stereo headphone jack, and Wi-Fi and Bluetooth capabilities. The Bluetooth function wasn’t available to test for review, but connecting to Wi-Fi was a painless, and even cute, process.

Admittedly, most things about Playdate are cute: Its size, the crank, the audio cues, the way each game is presented as a little gift to unwrap and how the screen looks like a winky face when you wake it up. There’s so much personality packed into Playdate’s monochromatic screen that even interacting with the Settings page is enjoyable. Of course, playing games on it is even better.

Playdate comes with a lineup of free games, each one made exclusively for the system and most of them taking full advantage of the crank mechanic. These are automatically added to the library in batches – once a Playdate is activated, it’ll receive two fresh games each week for 12 weeks, for a total of 24 titles in the device’s first season. There are plans to offer games for purchase on Playdate down the line.

Some are definitely more replayable than others, but I haven’t found a bad game on Playdate yet. They span genres and lengths, capping out at a few hours, but there’s at least one moment of pure delight in each experience. Crankin’s Time Travel Adventure, for instance, is a sidescroller starring a hopeless romantic who’s just trying to meet his date on time, and his movements are controlled entirely by the crank, steps reversing and accelerating depending on the direction of the rotation. It’s a simple concept with a singular input method, but the crank makes it challenging in a way I’ve never experienced before, and it’s instantly addictive.

Spellcorked is my favorite game on Playdate so far, largely because it so cleanly captures everything the device has to offer. It’s a potion-making game with a romantic subplot and a sassy cat, and every time I boot it up I’m impressed by the amount of fine detail that fills the screen. It has dialogue, character icons, an email interface, and environments filled with spiderwebs and nicknacks, but nothing gets lost visually. Each frame is crisp and the actual potion-making process involves every input method Playdate offers: pressing buttons while turning the crank to grind ingredients, lining up a blade with the crank and chopping in a back-and-forth motion, and tilting the entire device to the side to pour a finished potion into a vial. Each new mechanic is so delightful, so initially surprising, that it adds an extra layer of magic to an already spell-heavy game.

The Playdate crank isn’t a gimmick. It’s a fundamental aspect of the system, transforming it from a revamped Gameboy into something entirely new, a mobile device with a peculiar and joyful edge. The crank, much like the lo-fi restrictions of the hardware, is an invitation for developers to think deeper about the way they develop games, to try new things and to innovate on old ideas. Playdate’s first season is already filled with fresh concepts; I haven’t felt this spark of intrigue from a handheld since my fingers brushed the back of the Vita for the first time.

I believe the ideas generated by Playdate games won’t be trapped in a crank-only bubble, either. This kind of creative thinking naturally bleeds into the wider game development cycle, with designers testing out weird mechanics on the handheld and then transferring these concepts to traditional consoles, PCs and phones. The Vita eventually transformed into the DualSense, after all, and developers of all sizes regularly find wells of inspiration in new input mechanics. As ridiculous as it may seem, the Playdate crank can be a boon for the entire industry. All hail the crank. Amen.

There are few downsides to the Playdate. It’s small enough to be unobtrusive but unique enough to be a conversation starter; it’s packed with exclusive games from amazing indie developers; its battery easily lasts two days with intermittent play; it costs a reasonable $180 and it has a crank. My one complaint would be screen brightness – it’s not backlit, but instead uses a super-reflective system that requires light in the room to play, and at times the screen appears dull. It’s not unplayable, but I’ve caught myself squinting a few times, particularly in direct light.

It’s also very, very small, which works just fine for my hands, but people with large mitts might have issues with the size. But hey, if you can use a Joy-Con, you should be able to handle a Playdate. Plus, with the Playdate mirror app, you’re able to stream the device’s screen in real-time to a PC or Mac and play with traditional gamepads. This also helps anyone who wants to go live with Playdate games on Twitch or YouTube, and should be useful for developers.

Playdate looks like a cross between a Game Boy and a business card, but it feels like a modern system. Part of that is the speedy-enough processor and feather-light feel, but it’s also the sense of innovation built into the hardware. There are plenty of devices out there promising gorgeous graphics and outrageous processing power, but Playdate is a glaring reminder that there’s more magic to a good game than bleeding-edge performance. This is something indie developers have known for decades, and Playdate distills this philosophy into a cute-as-hell package, complete with a crank. 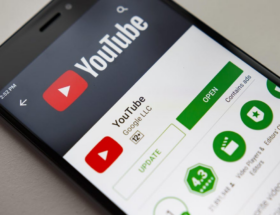 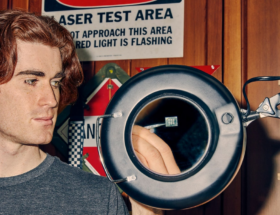 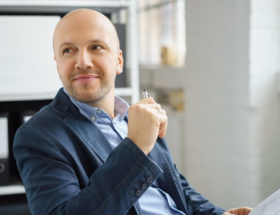