Omega and Swatch have announced a budget version of the iconic Speedster Moonwatch, an astronaut-inspired piece that usually retails for thousands of dollars. The MoonSwatch is the first collaboration between the two brands (both part of the Swatch Group, which also holds Longines, Tissot, and Hamilton). It goes on sale Saturday in Swatch stores only and will cost just $260 (£207).

The collection consists of 11 Swatches named after planetary bodies and comes in a range of colors, including a black “Mission to the Moon” iteration that references the Speedmaster Moonwatch, which has been available for more than 50 years and is almost identical to the ones worn during the Moon landings.

Anyone who has longed to sport a Speedmaster Moonwatch but thought twice about the outlay for an original Omega will likely favor the black version, but we like the yellow “Mission to the Sun.”

Although Omega says the collection is not limited in quantity, the pieces will likely leave store shelves as quickly as they arrive. Resellers have already popped up online asking huge sums. The MoonSwatch will apparently be available online in the future, however.

All MoonSwatches come on a natty Velcro strap, similar to the one Omega launched last year, which itself cost £165. The strap references the lesser-known fact that the crew of Apollo 11 all wore Omegas on Velcro straps. The reason was simple: Metal clasps do not mix well with chunky space gloves, and the adjustability of a Velcro NATO strap meant the watch could be placed around a spacesuit sleeve, as well as a human wrist.

Of course, at $260 (including tax), these MoonSwatches do not house Omega’s automatic movement, but instead feature a quartz engine powered by a battery, just like regular Swatches. The dials, however, all carry “Omega X Swatch” branding and the Speedmaster logo, alongside the new MoonSwatch moniker. There is even the “dot over 90” detail on the tachymeter-scaled bezel and subdials. Plus all hour, minute, and chronograph second hands and hour markers sport Super-LumiNova so they glow in the dark.

Omega and Swatch have not stopped there. All of these new chronos have Speedmaster-shaped asymmetrical cases made from Swatch’s patented Bioceramic material: a composite of its castor-bean-derived bioplastic introduced in 2020 and zirconium dioxide ceramic. In modern luxury watchmaking, ceramic has become a ubiquitous alternative to stainless steel, prized for its scratch resistance and hypoallergenic properties and for a premium feel deliverd by a complex production process. With its wider Bioceramic collection, Swatch has been giving its watches a taste of these benefits even though they remain, in essence, plastic. 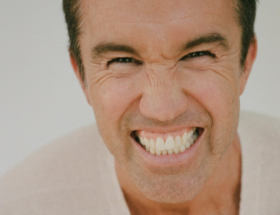 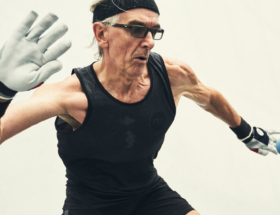 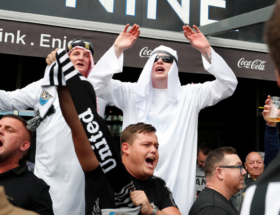