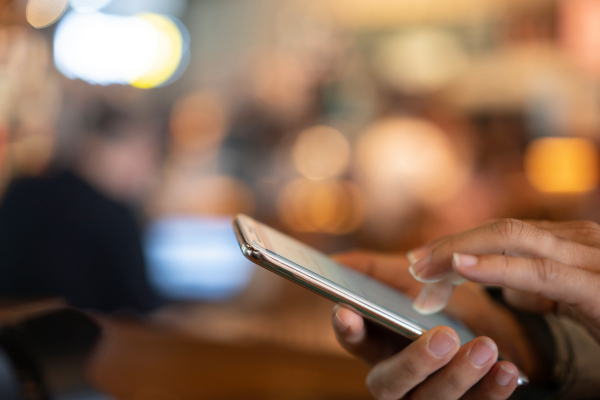 MOLOCO, an adtech startup that uses machine learning to build mobile campaigns, announced today it has raised $150 million in new Series C funding led by Tiger Global Management, taking its valuation to $1.5 billion. This is separate from the $20 million Series C round MOLOCO announced three months ago, which brought it to unicorn status. Co-founder and chief executive officer Ikkjin Ahn told TechCrunch that MOLOCO raised again so soon because “as we gear up for a potential IPO, we wanted more funding to help us grow faster.”

Founded in 2013 and based in Redwood City, California, MOLOCO has now raised $200 million in total. The company claims it has “consistently grown in excess of 100% annually,” and has an annual net revenue run rate of more than $100 million.

Its clients range in size from mobile developers who have less than 100,000 users to more than a billion, Ahn said in an email, with some spending more than $1 million a month through MOLOCO Cloud, its demand-side platform (DSP). MOLOCO’s customers include King Digital, Playrix and Netmarble.

MOLOCO already serves mobile app developers in a wide range of industries, like gaming, social networking, e-commerce, ridesharing, food delivery and fintech, helping them turn their first-party user data into marketing, monetization and user acquisition campaigns. The new funding will be used to expand MOLOCO’s machine learning engine to more use cases by focusing on research and development, product and engineering. Part of the raise is earmarked for hiring, adding to MOLOCO’s 200 employees, who are spread across the world in eight offices: Silicon Valley, San Francisco, Seattle, London, Beijing, Seoul, Singapore and Tokyo.

MOLOCO is getting ready to launch its Retail Media Platform, currently in beta, which helps e-commerce companies create revenue streams like sponsored ads.

Before launching MOLOCO, Ahn was a machine learning engineer at YouTube from 2008 to 2010, then Android from 2010 to 2013. Back then, MOLOCO’s founding team “noticed that a lot of mobile businesses struggled to generate sustainable growth and monetization,” Ahn said. “A big reason for that was that they offered very unique services and therefore generated very unique data — data that traditional tools were incapable of helping make use of.” MOLOCO’s machine learning engine was created to help companies turn their first-party data into growth campaigns and monetization strategies.

Some try to build their own machine learning algorithms, but this can be a drain on their resources. Others outsource the work, but that means losing transparency and control of their data. Ahn said MOLOCO’s goal is to help app developers maintain control of data while giving them access to the same quality of algorithms as tech giants like Facebook and Google, which he describes as the startup’s main competitors.

“Let’s face it, most ad spend today is going to Facebook and Google, because they have excellent machine learning and they make it easy for advertisers to scale their campaigns,” Ahn said.

But a major drawback for businesses is that first-party data generated on Facebook or Google Ads for targeting and optimization can’t be used on other platforms, creating walled gardens. On the other hand, MOLOCO allows businesses to retain full access to their data. “We believe they should own it and do with it what they want,” Ahn said.

This also helps businesses adapt to new consumer privacy laws. Stricter regulations make it important for companies to gather as much of their own data as possible, since they will get less of it from other sources, and make sure that they keep that data secure. Ahn said MOLOCO’s platform and cloud service “are built with security and privacy in mind, so our partners can simply plug in their data and trust that we handle all compliance matters.”

Part of MOLOCO’s new funding will be used to expand MOLOCO Cloud, which programmatically bids on ad exchanges like Google AdX and Twitter MoPub, into new verticals and geographic markets.

To make the most efficient use of ad budgets, MOLOCO Cloud analyzes signals like in-app purchases or in-app activities that allow businesses to gauge the effectiveness of a campaign.

“For mobile games, those activities often include level completions or friend invites; for ridesharing apps, it’s likely to be a ride order; for e-commerce apps, it’s likely to be a purchase,” Ahn said, adding “the strength of our machine learning is that it is flexible enough to automatically adjust to an advertiser’s unique KPIs and embrace different, diverse data sets.”

MOLOCO’s Retail Media Platform was created to help e-commerce companies make more money off their sites through features like Recommended Products and Sponsored Ads. “For example, our machine learning can tell them, in real time, which products a visitor is most likely to purchase next, so that they can make intelligent recommendations that drive incremental revenue,” Ahn said. The massive growth of Amazon’s ad platform also demonstrates how sponsored ads can be a significant source of revenue for e-commerce businesses, he added.

In a statement about Tiger Global’s investment in MOLOCO, partner John Curtius said, “The volume of digital data produced is growing exponentially yet the tools available for taking action on that data remain relatively limited. We invested in MOLOCO because its machine learning algorithms have proven to be among the best available and the level of transparency and sophistication the company brings to data-driven businesses is paramount in today’s world.” 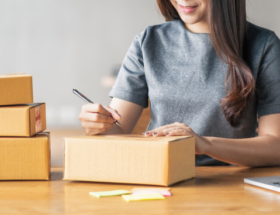 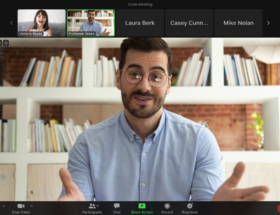 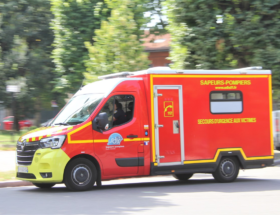