Ever since 2017’s Colossal came out, I’ve been trying to find people to share it with. I’ve run into a wall. The people for whom the story might resonate are the ones most uncomfortable with watching it. And the people who would get the most out of internalizing its message about the destructive nature of toxic masculinity are the ones completely dumbfounded by what it has to say. Few are in a place to really benefit from it.

The film, written and directed by Alex Garland (Ex Machina, Annihilation), is a horror movie that, in its creator’s words, is about “a sense of horror.” Rather than murders or gore, most of the memorable moments are all-too-familiar mundane scares. Or, at least, familiar to some people.

The movie begins as Harper (Jessie Buckley) arrives in a picturesque cottage town, hoping to emotionally recover following the death of her ex-husband. But from the moment she arrives, she’s unsettled. Everyone—the landlord of the place she’s renting, the local police, the vicar of a nearby church, random strangers (all of them played by Rory Kinnear)—impose an uneasy presence that, at the best of times, makes it impossible for Harper to simply be comfortable and exist.

By now, you probably know where this is going. Men, it seems, would like to show the impact of microaggressions toward women by making them just a little more macro, which only emphasizes the question of who, precisely, the film expects to be in the audience. For some, this story is wholly unnecessary. Many women already know, all too viscerally, the “sense of horror” Garland recreates onscreen. (As my colleague Jaina Grey put it, “I don’t need to pay $15 to be afraid of being stalked and murdered by men, I can just go outside.”) Others, those who didn’t know where that setup was going, are probably the audience who would benefit most from its scares—and are those least likely to buy a ticket.

The film feels designed to head off arguments from those who would be dismissive of what it has to say. This is evident even in the trailer, like when an officer tells Harper he’s skeptical that the man who was stalking her really was stalking her: “I don’t know if he saw you once.” These moments highlight how skepticism, dismissal, and victim-blaming help create the very horrific environment that many claim doesn’t exist. Harper’s fears aren’t made up, or all in her head; the horror is created by the collective refusal to take her concerns seriously. Men, then, is intent on screaming, “See? You can’t ignore the dangers here.” The film is right, of course, but it feels like it’s screaming into a void.

That’s not to say there are zero actual supernatural horrors. For all of its metaphors and allegory, there are truly grotesque scenes, but in true Garland fashion they get more abstract and open to interpretation by the end. (If you were confused by the ending of Annihilation, this movie will do you only slightly more favors.) The story also doesn’t forgo catharsis. Deliverance exists, particularly in the ways Harper responds to horrors—the final words of the movie seem destined to become the kind of too-real meme that’s usually the domain of early BoJack Horseman episodes—but it’s more resigned and exhausted than, say, Colossal. There’s no triumphant victory over her tormenter. Just pity. 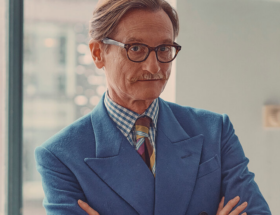 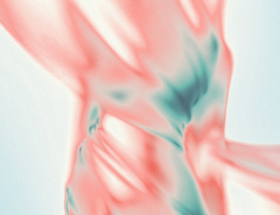 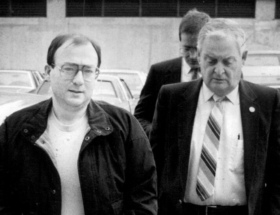