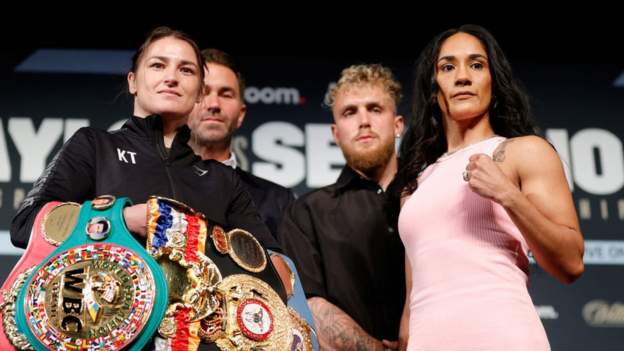 When boxing world champion Jane Couch wanted to fight in her home country, the British Boxing Board of Control said women were too “emotionally unstable”.

On the eve of the bout in New York between Katie Taylor and Amanda Serrano, billed by its promoter as the “biggest fight ever in women’s boxing”, Couch outlines just how far the sport has come.

“It was damn right insane what they did to me,” says Couch, who was nicknamed the ‘Fleetwood Assassin’.

“I took them to court for restriction of trade [under the Equal Opportunities Commission] because I was already world champion, and sexual discrimination.

“It was just natural to me, but there was a wall put up telling me I couldn’t do it and women boxing would never happen and I knew it would.”

Female boxers competed in a “demonstration sport” at the 1904 Olympic Games, but it remained outlawed in most countries for the next century.

England-born Barbara Buttrick was a world champion in the 1940s and ’50s, but boxed most of her career in the US, and often on the carnival circuit. Ireland was also vehemently opposed to women boxing, and a 15-year-old Taylor’s fight against Alanna Audley in 2001 was the first officially sanctioned female bout in the country.

So while female boxing experienced a boom in the US, objections in the UK and Ireland were clear.

Couch remembers ill feeling inside boxing, as well as the negative reaction among the wider public.

“Promoters would argue with me on the radio, on the other end of the phone saying it was disgusting to see women box,” she says.

In her court case, the Board’s lawyers argued women’s menstrual cycles made them too “unstable” and “vulnerable” to box. Dinah Rose, representing Couch, said the Board was “trying to protect boxing as the last male bastion of sport against the participation of women”.

“It is like when they told women they couldn’t run marathons because their wombs would fall out,” Rose said at the time. “It is the most distasteful stereotyping of women.”

Despite victory in court, women’s boxing could not shake the stigma.

In 2009, the Times ran a ‘for and against women boxing at the Olympics’external-link featuring Couch and promoter Frank Warren. While Couch argued for its inclusion, Warren said at the time he would “never promote” women’s boxing, saying it had a “freak-show mentality”.

He would go on to sign Nicola Adams to her first pro contract in 2017, explaining: “Never in a million years would I have thought I would promote women’s boxing at one point, but she’s changed my mind. She’s convinced me and I’ve seen the light.”

Fourteen years on from Couch’s court battle, Briton Adams won the first women’s Olympic boxing gold at London 2012. Taylor triumphed too a few hours later. It was a historic moment, but even then no-one would have predicted the strides the pro game has made.

Taylor turned pro in 2016 and set about trailblazing through a then-desolate pro scene in the UK. She signed with Matchroom and became Eddie Hearn’s shining light in operation transformation.

Saturday night’s historic bout against seven-weight world champion Serrano at Madison Square Garden is the culmination of those efforts.

“Katie’s the biggest star there’s ever been in Europe,” Couch says.

“I see Katie as the trailblazer,” she says. “Before that it was Jane Couch. Katie right now is the person we look up to.”

Chantelle Cameron, unified light-welterweight champion, agrees: “I think Katie and Serrano are legends, putting it all on the line. I think you can’t get a fight bigger than this.

“What they’ve done and doing for women’s boxing is absolutely incredible.”

Couch’s court battle was 24 years ago, but it is only recently that the tide against women competing in the paid ranks began to turn – and in the past four years there has been a huge rise in the sport’s popularity.

Rankin says: “When I started in 2017, it was: ‘Oh what do you want to box for? What’s a pretty girl like you boxing for? You’re too educated to be a boxer. You’ve got degrees, you don’t need to box.’

“It’s unrecognisable. Before that, gyms didn’t have girls’ toilets. There are more female coaches. When I started, it wasn’t a thing to be a female fighter. You were the token chick fighter.”

Fighters such as Taylor have made a difference, but so has the realisation from promoters such as Hearn that there is money to be made in women’s boxing. Indeed, when asked what has been the biggest factor in the growth of women’s boxing, Couch replied: “Money.”

Rankin points out the Covid pandemic played a big part, too.

Female fighters became a key part of Matchroom and Sky Sports’ strategy to appeal to a population confined to their homes. Taylor, Rankin, Cameron, Savannah Marshall, Tasha Jonas and Terri Harper all competed in world title fights behind closed doors.

“Every single female fight that was on was either for a world title or title and they were all top-level fighters who turned up and put on an amazing show,” says Rankin. “We were so excited to finally have the platform we all went out there and went a million miles an hour.

“The general public are now talking about female fighters as household names. I’m so proud to be at the front of that change.

“Fans like the fast-paced nature of two-minute rounds and they got to see us on TV. That makes such a difference.”

Taylor has fought before at MSG, as the chief support to Anthony Joshua’s ill-fated American debut in 2019. Joshua lost to underdog Andy Ruiz that night, while Taylor narrowly escaped the first defeat of her career in a gruelling fight with Delfine Persoon.

Three years on, Taylor is headlining. The ground covered to reach this point has been immense.

Couch says taking on the naysayers almost cost her her sanity, but the 53-year-old says she never lost sight of what could be.

“I can just go to the Board with two fingers up because this is what I was trying to do, but they wouldn’t let me,” she says.

“This is the biggest fight ever because no woman has ever headlined at Madison Square Garden and it’s sold out.

It remains to be seen how many people will tune in this weekend, but the legacy of this fight will go far beyond the hard numbers.

“I do think it’s important to say it is one of the biggest female fights ever, but there is also one looming on the horizon between Savannah Marshall and Claressa Shields at the heavier weights,” Rankin says.

“So, at the minute, it is the biggest fight ever. But what this fight will do is make Marshall v Shields even bigger and every fight after it bigger too.” 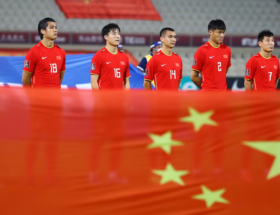 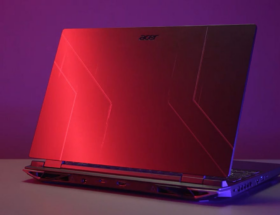 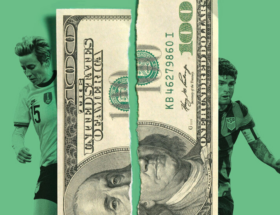