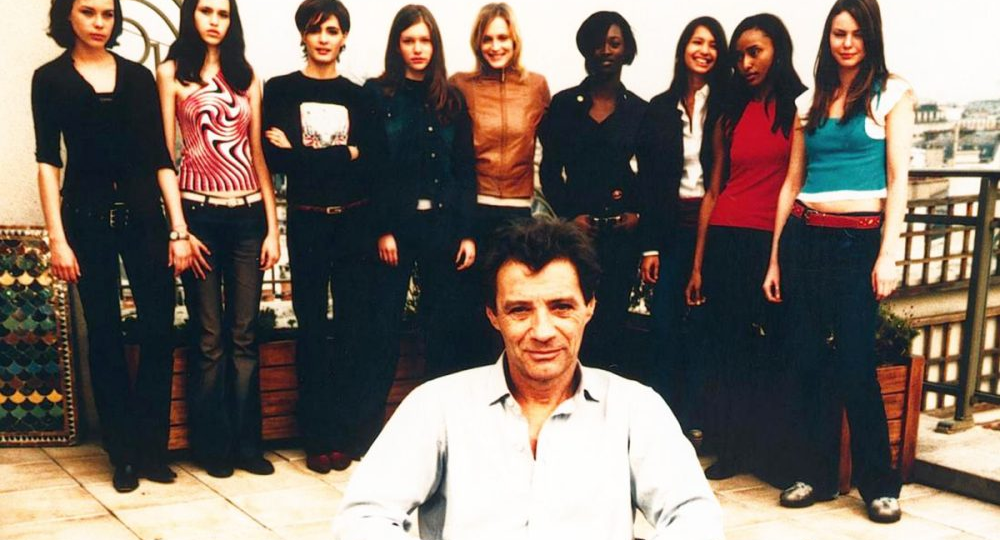 Jean-Luc Brunel, the notorious fashion agent who was suspected of procuring over 1,000 girls to billionaire pedophile Jeffrey Epstein was found dead in his jail cell on February 19th. The apparent cause of death: Suicide by hanging. In 2019, Jeffrey Epstein was also found dead by hanging in his jail cell. In both cases, no camera footage was available.

Brunel’s death occurred only days after Prince Andrew settled his lawsuit with Virginia Giuffre who accused him of sexual abuse while she was a minor. According to the Telegraph, Queen Elizabeth herself will provide money to pay for the settlement – an estimated $20 million.

Is the occult elite actively silencing anyone who could blow the lid on a massive scandal involving some of the world’s most powerful people?

A year after Epstein’s death, Steve Bing – a billionaire Hollywood director who was close friends with Epstein – died mysteriously by falling from the 27th floor of his apartment building. While the official cause of death was said to be “suicide”, some claim that he was killed “Russian-mafia style” because he knew too much (read my article about him here).

One key person remains in this sordid affair: Ghislaine Maxwell. Epstein’s long-time partner acted as a “Madame” throughout the years by facilitating the abuse of young girls. She is currently in jail and her family is convinced that Brunel was “suicided”. They also believe she might be next.

Here’s a look at Jean-Luc Brunel. 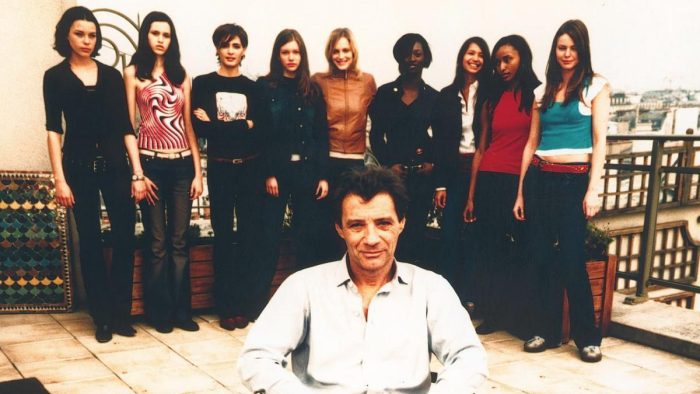 Brunel with some of his models.

Brunel was a prominent model scout who was credited for discovering Sharon Stone and Monica Bellucci. In 2004, he founded MC2, a model management company that was financed by Jeffrey Epstein. Through this company, hundreds of girls were recruited by Brunel to be trafficked and abused by Epstein and his circle of elite friends. According to witnesses, Brunel used his reputation in the fashion industry to lure “poor girls” into a global ring of underage slaves.

“A lot of the girls came from poor countries or poor backgrounds, and he lured them in with a promise of making good money. Jeffrey Epstein has told me that he has slept with over 1,000 of Brunel’s girls, and everything that I have seen confirms this claim.”

In court documents that were filed in both the United States and France, Guiffre said she had “sexual relations with Brunel on several occasions” when she was aged 16-19. She added that both Brunel and Prince Andrew abused her in Little Saint James – Jeffrey Epstein’s private island.

report this adBrunel’s history of abusing models was known for decades.

“Brunel was the subject of a seven-month investigation by CBS producer Craig Pyes and reporter Diane Sawyer for 60 Minutes. The investigative segment “American Models in Paris”, which aired on 23 October 1988, covered the conduct of Brunel and fellow Parisian modeling agent Claude Haddad. Several American models who worked with Brunel were interviewed by 60 Minutes and described their experiences of the culture Brunel fostered where the models were routinely drugged and sexually abused.”
– Wikipedia, Jean-Luc Brunel

Despite these accusations, Brunel remained free and kept on running his agency while traveling abroad for scouting assignments. Due to his “untouchable” status, French authorities nicknamed him “le fantôme” (the ghost).

During that time, Brunel became close friends with Jeffrey Epstein, who shared his obsession with abusing girls. Court documents state that Brunel once sent three 12-year-old sisters from Paris to America so they could be abused by Epstein as ‘a birthday present’. 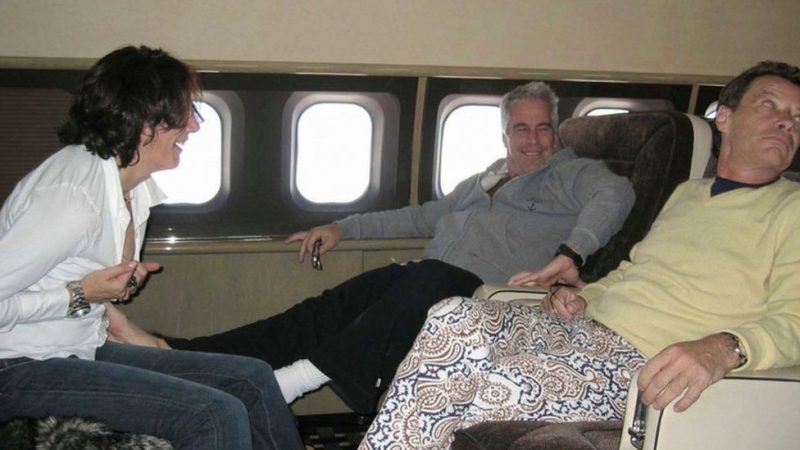 Court documents also show that the modeling agency MC2 was a front for a global underage sex ring organized by Jeffrey Epstein.

On 16 December 2020, Brunel was intercepted by police at Charles de Gaulle airport in Paris, as he was about to board a one-way flight to Dakar, Senegal. He was then placed under ‘garde à vue’ custody for questioning in relation to rape, sexual assault, criminal conspiracy, and human trafficking, with all of the allegations involving minors.

Since then, Brunel had been incarcerated at La Santé – the notorious maximum-security prison in Paris. On February 19th 2022, Brunel was found dead in bizarre circumstances. 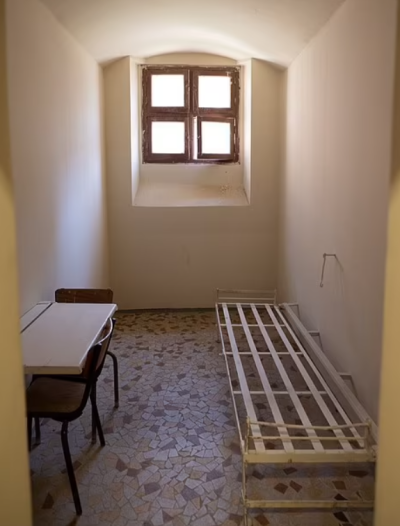 A cell in La Santé prison in Paris.

On February 19th 2022, Jean-Luc Brunel was found hanging by his bedsheets in his prison cell. French prison authorities told local media that “no breach” in security at the prison had occurred, and an investigation into the cause of death had been launched.

A few years prior, Jeffrey Epstein was found dead hanging in his jail cell using bedsheets. Due to “technical errors” CCTV footage of his prison cell was said to be lost.

Due to the fact that most prison cells in France are not monitored (for privacy), there is also no footage of Brunel’s suicide. This led some observers to believe that Brunel might have been murdered by the same forces that killed Epstein.

A source told the Daily Mail that there was no indication that Brunel had suicidal tendencies.

‘There were no obvious fears for the prisoner’s health, and he was not on a suicide watch, having already been in prison for many months.”

Thysia Huisman, an ex-model who accused Brunel of drugging and abusing her in 1991 also questioned the “suicide” narrative.

“It’s really shocking. Another death by hanging in a high-security prison. My reaction is one of total shock and bewilderment.”

Ian Maxwell added that Ghislaine was put into a room at the prison with a psychiatrist and two others, including a guard with everything recorded on camera. Nevertheless, he fears for her safety.

“Despite the psychiatrist advising to the contrary, she was deemed a suicide risk and they are continuing to wake her up every 15 minutes in the night”.

Ian Maxwell insisted that Ghislaine is not suicidal. He also found it “ironic” that Epstein and Brunel, who died of apparent suicides, were not on suicide watches in their respective prisons. Epstein had been taken off suicide watch shortly before his death in August 2019.

The death of Jean-Luc Brunel mirrors the death of Jeffrey Epstein in every way possible. He is the latest casualty in an apparent ongoing operation to silence anyone who might expose the occult elite’s sick tendencies. Jeffrey Epstein’s flight logs revealed that a great number of prominent celebrities, businessmen, politicians, and elite people were involved in a sex ring of underage slaves that operated across the world – most notably on Epstein’s own private island.

Jean-Luc Brunel was accused of recruiting girls for this elite ring. Epstein reportedly boasted that he personally slept with over 1,000 girls that were “shipped” to him by Brunel.

In other words, Brunel knew everything about this sordid affair. And there was a risk that he could spill the beans on several elite psychopaths. And now he’s dead. Ghislaine Maxwell might be next. 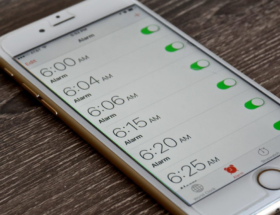 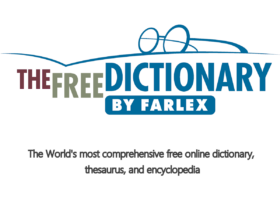