It’s the end of the month, folks, and that means it’s time to tell us about some of the shows or films you watched and the games you played. (And things you’ve read or listened to, if those are things you partake in.) This Open Channel is going to cover April and March. To be perfectly honest, March was a bit of a strange month for me. For much of the month, I was spreading myself stupidly thin, and I sort of forgot about asking this question of you all. But now that April’s done and gone, it’s a perfect time to kill two birds with one stone.

Not much in the way of reading over the last two months, however…

Played: Was going through Horizon Forbidden West back in March, but eventually gave it up. Part of it stemmed from the problems I had with the game two months ago; the world feels big just for the sake of being big, and it doesn’t honestly seem like the sequel has brought the number of improvements it claims it does. But ultimately what killed the game for me is learning of a story spoiler (if you know, You Know what it is, and it sucks), and it just left a real bad taste in my mouth. Combined with Aloy just being considerably more unlikable this time around, I don’t think I’ll come back to it until it’s closer to the end of the year and there needs some catching up to be done.

Beyond just doing Cyberpunk 2077 piece by piece, I’ve been going through Kena: Bridge of Spirits from last year, and the more recent Weird West. Enjoying both games; Kena is a PS2 throwback with its colorful environments and assortment of expressive characters. It certainly feels like developer Ember Lab’s first effort, but it also has a feels like a solid video game game tie-in to one of the better Dreamworks movies during the mid-00s and early 2010s. Weird West, meanwhile, is an action-RPG with an Oregon Trail-like bent that becomes absorbing pretty. There’s a sense of bigness in this game that you don’t get from other big name action-RPGs, and it’s doing its job in scratching that part of my brain that ignores the critical path in favor of picking up bounties and exploring the world, getting into shootouts and using some nifty supernatural powers. Recommend them both.

Watched: Like pretty much everyone else, I’ve been watching Moon Knight, aka “The Oscar Isaac Variety Hour.” And like most folks, I’ve been really enjoying how committed this show is to telling a story about a man caught up in something much bigger than himself and being fairly sweeping and epic while not losing focus on Marc/Steven. It does drag because the other actors aren’t able to match Isaac’s completely batshit energy, but they anchor things solidly enough that you almost don’t mind it. With how hard this show is very much not giving a care about the rest of the MCU, it’ll be interesting to see exactly how it links up with the main franchise proper, and if we’ll be seeing Isaac again in the future. (I’ve got a sneaking suspicion that Layla will become the new Moon Knight in his stead, or they’ll share the title going forward.)

The other big thing I found myself watching was Our Flag Means Death, which other io9 writers have been big fans of. It really is as funny as everyone’s said, and the fifth episode is probably the highlight of the season thus far for me. Not just because of a really well-timed dick joke, but also because of the stupidly clever Nigerian Prince gag they do in that episode’s A-plot that features its own fantastic payoff. Seriously HBO, renew the damn thing, since people rather clearly love it, especially Jim and that constantly exhausted grump Izzy Hands.

Let us know about some of the things you’ve played, watched, or read down in the comments below. 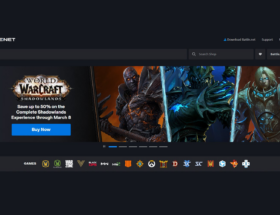 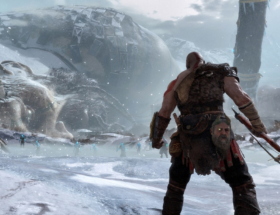 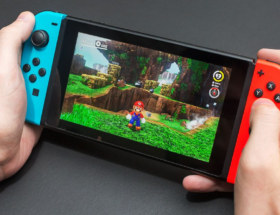