Your weight is nothing more than a number describing how strongly the force of gravity is pulling down on your body. You can happily ignore it most of the time. But if you need to keep tabs on it for medical or personal reasons (whether you need to lose or gain weight, or maintain it within a certain range), it’s easy to obsess.

Years ago my husband wanted a smart scale that connects to our WiFi. First I laughed (why would a scale need WiFi?) and then I said sure, what the hell. Then I got into the habit of using it. It’s great, not because I care about detailed tracking, but specifically because I don’t—I can step on the scale, immediately forget the number, and know that another dot has been added to a graph on my phone. I can look at that graph later, or never, or whenever is convenient to me.

That’s not how these scales are marketed, though. Their manufacturers want you to constantly think about your weight (and all the other metrics smart scales measure), and they want you to think of that information as some kind of hyper-accurate mirror of your health, and they want your new hobby to be obsessing over their app. My personal and professional opinion of this approach is: fuck that.

So here’s how I’d recommend using a smart scale if you want to detach yourself from that level of attention, yet you still want (or need) to know how much you weigh.

Once, one of my children thought the scale would be a fun toy to drag all over the house, and by the time we got it back it was in stones-and-pounds, the UK’s favorite pair of units for weighing humans and large animals. (The two work together, like feet and inches; a stone is 14 pounds). We couldn’t immediately figure out how to change it back, and eventually just went with it.

I was trying to lose a few pounds at the time, and having my scale display a unit that felt like something out of The Lord of the Rings was a little silly, in a good way. It bypassed all the emotional baggage that comes with knowing where I stand in relation to what I weighed in college, what I weighed when I was pregnant, and so on.

Eventually we found the setting to change it back, but decided to go with kilograms instead of back to pounds. (I need to think in kilograms for weightlifting anyway.) Switching units is like using Monopoly money: it’s useful for the task at hand, but it doesn’t have to relate to anything else in the real world.

Turn off the metrics you don’t need

Smart scales claim to tell you your body fat, bone mass, and a ton of other metrics that they really don’t have the accuracy to measure. Mine even wants to tell me things like whether I weigh more today than yesterday. No thanks.

Fortunately, these scales often let you turn off some of the extra numbers, or at least hide them in the associated app. (For a shortcut, look for a setting recommended for people with a pacemaker; it turns off the body-composition-measuring electrical current entirely.)

Our bodies fluctuate in weight throughout the day, and from day-to-day during the week, so if you only weigh yourself when you think of it, you could end up with a collection of mismatched data points.

To more accurately assess what’s going on with your weight, take one measurement at the time of day you can be the most consistent. For most of us, that’s first thing in the morning, after you pee but before you eat or drink anything, and either naked or in the same clothes (your pajamas?) every time.

Remember, the best thing about a smart scale is that it updates your app all by itself. You don’t have to hold the number in your head, think about what it means to you, and write it down somewhere. You can just step on the scale, look out the window for a second, and step off the scale. You don’t even have to look at the number.

Your scale’s app probably wants to send you a ton of notifications; turn them all off. In fact, don’t use your scale’s app at all if you don’t like it. Instead, if you want to track your weight, use an app like Happy Scale, which focuses on overall trends and deemphasizes day-to-day variations.

I use all of these tricks myself. I weigh myself every morning without usually looking at the number; the scale is set to kilograms; it doesn’t tell me anything else beyond my weight; and I barely ever open the app. But when I want to see whether my weight is tracking the direction I need it to (I spent most of this summer deliberately gaining weight), I can open a different, friendlier app and check it on that. 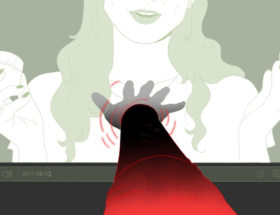 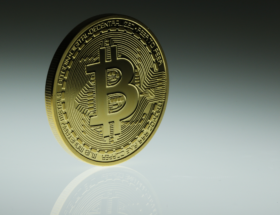 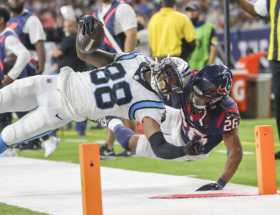