In the Tom Hanks movie Finch, a massive solar flare destroys the ozone layer, annihilating almost all life on Earth (and leading to the invention of annoying robots). While a mass coronal ejection really could hit Earth at any time—a sun-like star 100 light years away called EK Draconis literally just launched one of these things—the good news is that even the worst solar storm probably wouldn’t be as terrible as Finch is (as a movie). The bad news: While it wouldn’t be “building annoying robots” bad, a coronal ejection could still be pretty awful.

Short of destroying the sun, there’s nothing humans can do to prevent solar flares—but you can still know what to expect, and prepare accordingly.

According to NASA, Coronal Mass Ejections (CMEs) are “large clouds of solar plasma and embedded magnetic fields released into space after a solar eruption.” If the Earth happens to be in the path of one of these ejections, and the ejection is powerful enough, things could get very crazy, very quickly.

The charged particles from the sun entering Earth’s magnetic field would cause geomagnetic storms, lighting up the sky with a brilliant aurora borealis that would be visible all over the Earth. Beautiful, for sure. But massively disruptive to our power system.

How bad could it get?

In 1859, the largest geomagnetic storm ever recorded hit Earth. The Carrington Event lit up the sky so brightly that people thought dawn had come. The “Northern Lights” were visible as far south as Cuba, and the nascent telegraph system went down, with telegraph operators reporting being shocked by their machines, or being able to still send messages, even though their power supplies were disconnected.

It ultimately wasn’t disastrous in 1859, but in 2021 when everything relies on power and data, a massive outage and the loss of internet (undersea data cables are particularly vulnerable) would throw the world into considerable chaos. The power grid would likely go down, as long-distance power lines would be overwhelmed with electrical currents, leading to transformers exploding. GPS systems would be useless, as satellites would be shorted out. Planes might crash into one another, as they’re essentially flying blind. The internet could be down for months, and estimated financial losses would likely be in the trillions.

It will probably happen in your lifetime

The sun sloughs off material regularly, but it usually doesn’t hit Earth, just by chance. Our luck has to run out eventually, though. Scientists estimate there’s around a 12 percent chance of a massively disruptive coronal mass ejection hitting Earth every 10 years. That’s about the same likelihood as a massive earthquake hitting California.

Here is the good news

While there’s nothing we mere humans can do to prevent solar flares, they don’t hurt humans, and the damage to our infrastructure can be mitigated. There are at least 27 separate federal programs aimed at preventing a worst-case-scenario outcome of a solar flare, and private power companies are developing and employing technology to counter massive power surges, too. On the other hand, taking steps to prevent a foreseeable worldwide catastrophe isn’t something we’re exactly great at (See: Pandemic, the).

How should you prepare for a massive solar storm?

On an individual level, preparing for a massive solar flare striking our planet is refreshingly doable—this isn’t a zombie apocalypse or a nuclear war we’re talking about. First, remember that the storm won’t hurt you, so the worse result is that your power and your ability to communicate with others would be fried for a bit. Maybe for a few days. Maybe for a month. (Also: Your 401(k) would probably tank as the economy reels.)

You can’t do anything about transformers exploding from magnetic storms, but you can protect your household electrical system. Make sure your home is surge-protected with both a whole house surge protector and run-of-the-mill power-strip surge protectors, if you can. This is a good idea for both massive, worldwide magnetic catastrophes and everyday power surges.

A basic survival kit is essential

Like making sure your house is surge-protected, putting together a basic disaster kit is a good idea—loss of power could come with earthquakes, hurricanes, tornadoes, and some drunk guy driving into the pole across the street, so you want to be prepared. There’s no way of knowing how long the power would be out due to a magnetic storm, so exactly how much you should prepare is a personal decision. The basic survival kit guidelines laid out by the government seem like a good place to start.

You should not overlook having some cash on hand, though. If international communication systems fail, you likely won’t be able to use the ATM, and hard currency could prove very useful, especially if the outage persists over time.

I’m sure many disaster preppers think the government’s list is crazily inadequate, but I’m an optimist. I don’t think a massive worldwide power outage would plunge the world into chaos—I’m more in the short-term disruption camp.

The day before the storm

Unlike earthquakes and nuclear attacks, we will likely have warning of a coming magnetic storm—the 1859 Carrington Event was observed 19 hours before it hit Earth—so you should have at least half a day to brace yourself for the coming unpleasantness. Even if you didn’t prepare ahead of time at all (lazy!), you’ll still be able to fill containers with water, hit the grocery stores for non-perishables, and otherwise mentally prepare for a week or so without being able to play Apex: Legends.

This is the time to charge all batteries and contact your family and make sure everyone else is prepared (even though they will probably think you are crazy.) When the systems fail, you won’t be able to get in contact with anyone, and you definitely don’t want to travel while this mess is going on. The final step: Unplug everything and wait for the lights in the sky.

While disaster movies might suggest chaos and a run on all stores once the coming disaster is announced, judging from how unusual the threat is, and the “whatever” attitude everyone had in the days leading up to the pandemic really taking hold in the United States, I’d put my money on the masses not freaking out until the night sky lights up like noon and TikTok goes down. 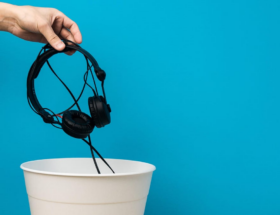 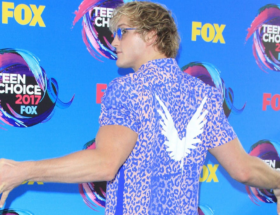 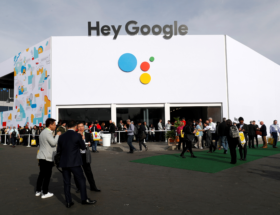