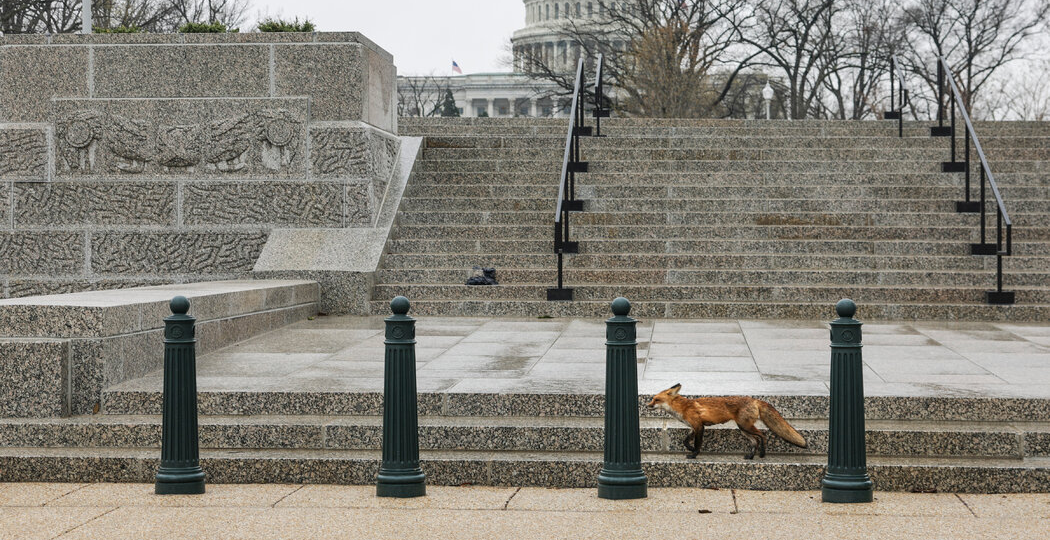 When a call about a fox sighting at the U.S. Capitol came in Monday night, it wasn’t a shocking turn of events for Christine Leonard, the director of the Office of Legislative and Public Affairs at the Architect of the Capitol.

“While it often is not very visible to the public,” she said, “it is not all that unusual that we could find some wildlife among us outside.” Her office notified the Capitol Police, which set about trying to catch the “four-legged offender.” Typically, a captured animal would be brought back to its natural habitat — a nearby forest, perhaps.

But things took an ugly turn.

The fox bit at least nine people, including a member of Congress (Representative Ami Bera, a California Democrat).

By the end of the week, the fox had been caught, was euthanized and tested positive for rabies. The city’s health agency reported Thursday night that the fox’s three kits were also euthanized because of their exposure to their rabid mother.

Historically, the fox hasn’t fared well in American politics — or rather, at the hands of American politicians. This week’s version of a Capitol fox hunt was vastly different than the one that the first members of Congress — and the first president of the United States — took part in. Usually, the whole point was to kill the fox, and not necessarily in a humane way.

Here’s how the legacy of fox hunting is intertwined with modern-day D.C.

For starters, fox hunting informs the way we speak about politics today. The “whip” in Congress stems from the “whipper-in,” a role in fox hunting that ensured the dogs stayed together as they chased their prey.

Fox hunting was a status symbol transplanted from Britain, where Parliament adopted the term “whip.” There, fox hunting was considered a sport that was enjoyed by the landed gentry, not unlike ballroom dancing or fencing. It was just another way to show yourself around town, an alternative to showing up at the tavern or at a theater.

Maurizio Valsania, who is writing a book about George Washington’s relationship with masculinity, compared fox hunting to golf. For politicians, both activities are a sort-of “social performance” that prove “you belong in the top echelon of society,” he said.

“It goes beyond the athletic gesture,” he said. “It’s more about striking deals and making contact.”

George Washington himself was an avid fox hunter and even bred his own fox hounds. Today, Washington, the father of our country, is also known as the father of the American foxhound.

Washington was sparse in details when recording his many diary entries documenting fox hunting, usually naming who joined him for the hunt, how long the hunt lasted, whether it was successful and sometimes, where his dogs eventually caught the fox (often cornered in a tree). He didn’t seem to show any reverence for the fox itself.

He might have acknowledged that some of the foxes were smart enough to escape, but he reserved his respect for the foxhounds, said Bruce Ragsdale, who has written extensively about Washington.

“It almost always ends the same way,” Ragsdale said, “which is not good for the fox.”

When the wilderness wanders in

In most cases, wildlife is welcome at the Capitol, said Leonard, whose office fielded early calls about the fox. It’s a sanctuary for bird watchers and a home to raccoons. It’s frequently visited by a snowy owl, and occasionally, someone will spot a deer, or more rarely, a coyote. Leonard’s office even helped build a ramp for ducklings struggling to leave the water of the Capitol Reflecting Pool.

Fox sightings have been rare at the Capitol, but they are not unheard-of. There was a round of fox sightings in 2014, including a fox that ate a squirrel on the Capitol lawn in front of tourists. And a fox took refuge on the White House grounds during the Obama administration.

As much as Leonard supports coexisting peacefully with Capitol wildlife, sometimes, she said, the best home for them requires a little distance from the “wild hallways of Capitol Hill.”

On Politics regularly features work by Times photographers. Here’s what Kenny Holston told us about capturing the image above:

There was a noticeable vibe of anticipation at the White House on Tuesday as the press and staff prepared for the return of former President Barack Obama, who hadn’t been in the residence since 2017.

White House press wranglers whisked us into the East Room, which was packed with guests who were eager to catch a glimpse of Obama and to witness President Biden sign an executive order that expanded coverage under the Affordable Care Act, also known as Obamacare.

While photographers jockeyed for position, a Secret Service agent approached me and two of my colleagues and said that we had to move — he thought we would be too close to Biden, Obama and Vice President Kamala Harris. But the area he wanted us to move to would have put us completely out of view.

We held our positions and enlisted the help of a press wrangler to plead our case. Begrudgingly, the agent let us stay. It wasn’t long before the announcement over the loudspeaker: They had arrived.

After making an initial image with all three of them, I crouched down lower, switched to my second camera with a wider lens, put it directly on the floor and took the photo above — capturing the commemorative mood in the room as a smiling Biden and Obama made their way past zealous press photographers.

Is there anything you think we’re missing? Anything you want to see more of? We’d love to hear from you. Email us at onpolitics@nytimes.com. 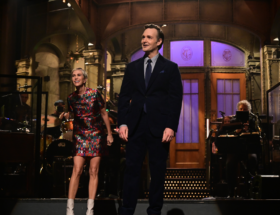 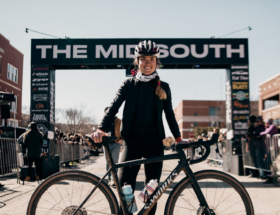 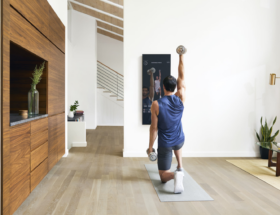