I had come to watch Kelly film a haul. She skipped off to the living room to dance around—a warm-up—then led me upstairs to the carpeted second-floor landing where she does her shoots. There was a Christmas tree, a cat tower, and, in the middle of the landing, an iPad mounted on a tripod and haloed with a ring light. On the ground lay a mound of shirts, skirts, and dresses from Romwe.

For years, Shein’s public face has taken the form of people like Kelly, who make up a federation of influencers filming hauls for the company. According to Nick Baklanov, a marketing and research specialist at a company called HypeAuditor, Shein is unusual in the industry for the enormous number of influencers it sends free clothing to. They in turn share discount codes with their followers and earn a commission on the sales. This strategy, HypeAuditor says, has made it the most talked-about brand of any kind on Instagram, YouTube, and TikTok.

Along with the free clothes, Romwe also pays Kelly a flat rate for her posts. She wouldn’t name her fee, though she said she makes more in a couple hours of video work than some of her friends with normal after-school jobs make in a week. In exchange, the brand gets relatively low-cost marketing, in the places where its target audience, teens and twentysomethings, prefers to hang out. While Shein has collaborated with major celebrities and influencers (Katy Perry, Lil Nas X, Addison Rae), its sweet spot seems to be the ones with medium-size followings.

In the 1990s, before Kelly was born, Zara popularized a model of borrowing design ideas from whatever was getting attention on runways. By manufacturing clothing near its headquarters in Spain and streamlining the supply chain, it offered up these already proven styles in a matter of weeks at prices that felt shockingly low. Connie Chan, an investor at Andreessen Horowitz who invested in a Shein competitor called Cider, told me that Shein represents a newer phase of fast fashion: Now, what appears on runways and in fashion magazines matters less, and people look to one another for what to wear. “They don’t care that Vogue doesn’t think it’s a cool piece,” she said. Boohoo, a UK-based company, and Fashion Nova, based in the US, are part of the same trend.

After Kelly finished filming, Lacy asked me how much I thought all the pieces—21 of them, plus a decorative snow globe—cost on Romwe’s website. They looked better than what I had bought by intentionally clicking on the cheapest items, so I guessed $500, at least. Lacy, who is around my age, smiled. “It was $170,” she said, widening her eyes as if she couldn’t believe it herself.

Every single day, Shein updates its website with, on average, 6,000 new styles—an outrageous figure even in the context of fast fashion.

By the mid-2000s, fast fashion was the dominant paradigm in retail. China had joined the World Trade Organization and had quickly become a major clothing production center, and Western companies moved much of their manufacturing there. It was around that time, in 2008, that the name of Shein’s CEO first appeared in Chinese business filings, as Xu Yangtian. He was listed as a co-owner of a newly registered company, Nanjing Dianwei Information Technology, along with two others, Wang Xiaohu and Li Peng. The filing shows Xu and Wang each owning 45 percent of the business and Li having the remaining 10 percent.

Wang and Li shared their recollections from that time. Wang said that he had met Xu as a work colleague, and in 2008, they decided to start a marketing and cross-border ecommerce business together. Wang took on business development and some aspects of the finances, he said, while Xu was in charge of a range of more technical matters, including SEO marketing. 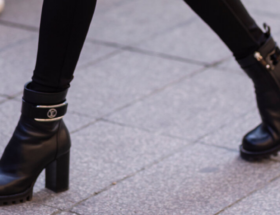 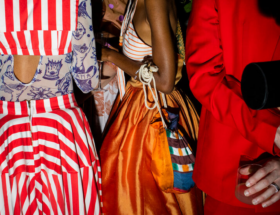 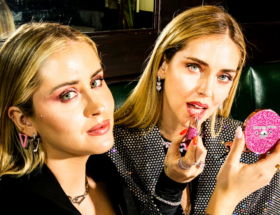