Yet another Facebook official just spent hours being grilled by members of Congress about the company’s policies, and whether or not it does enough to protect some of its most vulnerable users. And once again, the Facebook executive — today it was Head of Safety Antigone Davis — seemed to do her best to dodge the most difficult questions.

But the latest hearing on teen mental health, which came in response to reporting from The WSJ, was different from past hearings. That’s because, thanks to a whistleblower, members of the Senate Commerce Committee now have access to thousands of internal documents written by the company’s own researchers.

The documents, some of which have been made public, paint a very different picture of Facebook and Instagram’s understanding of how their services impact teens’ mental health than what they’ve publicly portrayed. Those documents are in the hands of lawmakers, making the findings that much harder for Facebook to spin. The disclosures have already forced Facebook to « pause » work on an Instagram Kids app.

“We now have a deep insight into Facebook’s relentless campaign to recruit and exploit young users,” Senator Richard Blumenthal said at the start of the hearing. “We now know, while Facebook publicly denies that Instagram is deeply harmful for teens, privately, Facebook, researchers and experts have been ringing the alarm for years.”

This has forced Facebook into the uncomfortable position of trying to downplay the significance of its own research. “This is not bombshell research,” Davis repeated multiple times during the hearing. One day earlier, Facebook released heavily annotated versions of two of the documents, with notes that also tried to explain away its own findings. Those documents, which were just two of the “thousands” Blumenthal said he now has access to, used words like “myopic” and “sensationalizing” to try to minimize findings like the fact that Instagram makes “body images worse for 1 in 3 teen girls.”

The tactic didn’t go over well in the Senate on Thursday. “This research is a bombshell,” Blumenthal said. “It is powerful, gripping, riveting evidence that Facebook knows the harmful effects of its site on children, and that it has concealed those facts and findings.”

As with past hearings, there were some cringey moments. At one point, Blumenthal demanded to know if Facebook would “commit to ending finsta” — a reference to the secondary accounts often used by teens to stay anonymous. That forced Davis to awkwardly explain that so-called “finstas” are not an official Instagram feature. At another point, Sen. Ted Cruz demanded Davis explain why she wasn’t appearing at the hearing in person (she cited COVID-19 protocols).

But even with those moments, it was difficult to ignore the significance of these issues. It may seem obvious, but kids and teens are incredibly important to the company, which is consistently behind rivals like TikTok and Snapchat for that demographic. So much so that a former employee who worked on Messenger Kids recently said that “losing the Teen audience was considered an ‘existential threat,’” for Facebook.

Worse for Facebook, there are very likely more bombshells coming. The whistleblower who provided the documents to The Journal and lawmakers, is appearing on 60 Minutes Sunday night. And she is testifying at a separate Commerce Committee hearing next week. So while Facebook executives may be able to dodge questions and insist that their researchers’ conclusions have been mischaracterized, it will be much harder to rebut someone who was closely involved with that work.

Some senators hinted that there would be more to come at the next hearing. Senator Ray Luján asked Davis whether “Facebook ever tested whether a change to its platform increases an individual’s or a group of users’ propensity to post a violent or hateful language.” Davis said that it wasn’t her “area of expertise.”

“We might get more responses to that one next week,” he said. 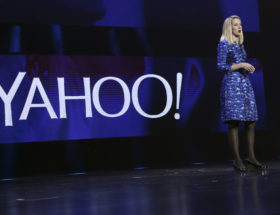 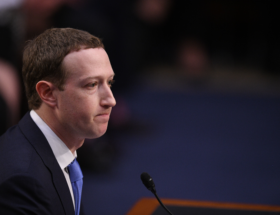 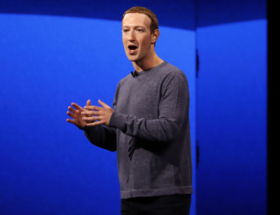