Aleksandr Sorokin sprinted through the first loop of the race in 5 minutes and 40 seconds. It was January in Tel Aviv, and Sorokin — who is widely considered one of the best ultrarunners in the world — was just getting started. During the next 12 hours, Sorokin would circle that 0.9-mile road loop again … and again … and again. He didn’t stop until he’d run 120 laps and smashed two world records.

Along the way, as he stared at the same skyscrapers, crossed the same aid stations and lapped the same competitors time and time again, he felt the same boredom and frustration that often accompanies these mind- and body-numbing races. He has heard of other runners who claim to reach a meditative state during these races, but he has never found it. Instead, he practices what he refers to as “radical acceptance.”

“There’s only one word to describe the last hours of a race: torture,” he said. “Time feels like it goes slower. The laps feel like they get longer.”

And he thinks he can run even faster — and farther.

“I’m more motivated than I’ve ever been,” Sorokin said in a video call from his home in Lithuania in January. (His brother, Maksim, translated from his home in Denmark.) “Being a world-record holder is very important to me, but my main motivation is that my results are still improving. I want to see how much more I can accomplish.”

Sorokin’s results are part of a recent revival in road and track ultrarunning. With world records coming down almost annually, more people are paying attention to these extreme endurance events.

“It’s a really exciting time right now,” Herron said. “There’s been such a focus on trail running, but my heroes were all road racers. This group of people who are breaking records right now, we’re bringing that back to the forefront. This is pure ultrarunning.”

Although most people associate ultrarunning with trail races like the Western States 100-Mile Endurance Run, they are a relatively recent phenomenon within the sport.

“The original Western States was established in 1977, and their marketing led a lot of people to believe that they started the sport,” said Davy Crockett, an ultrarunner and historian who runs the website Ultrarunning History. “But running on roads and tracks has a much longer history, and recently, there’s been a resurgence. On trails, all you can do, really, is set course records. But on roads and tracks, you can set national and world records. That’s attractive to a lot of elite runners.”

The history of 100-milers dates to at least the 18th century. In the 19th century, endurance competitions between “pedestrians,” as they were known, were enormously popular. P.T. Barnum, the famed circus promoter, used the competitions to keep spectators in his famed Hippodrome at night, after the day’s shows had ended. In 1882, a crowd of 10,000 gathered at the original Madison Square Garden for an event and watched Charles Rowell set a 100-mile record of 13:26:30, which would stand for more than 50 years.

When Sorokin started ultrarunning, he never imagined breaking world records. His father, Sergej, who has trained Lithuanian Olympians, raised him to be a competitive canoer, and Sorokin stuck with that sport until he suffered a shoulder injury when he was 18. A decade later, he was 30 pounds overweight, smoking and drinking.

He began running in the summer of 2013 to improve his health and signed up for a marathon. But he struggled with the training. He wanted something more, something bigger, or, maybe, something longer. One day, when he was strolling through a park near his home in Vilnius, the capital of Lithuania, he saw a flyer for the Baltic Cup 100-kilometer race.

Two months later, Sorokin crossed the race’s finish line in ninth place. He was so sore he couldn’t walk for a week. He completed the 100 kilometers — about 62 miles, or about two and a half marathons — in 8 hours, 37 minutes and 4 seconds. The runner in first place that day, Gediminas Grinius, had set a Lithuanian record with a time of 7:07:19. When Sorokin saw that result, he wondered how anyone could run that fast. Then he asked himself, “Why couldn’t I?”

For record-chasing runners, road and track races offer big benefits. The surfaces are flat and predictable, and athletes can wear so-called super shoes, which are carbon-plated and have been shown to improve marathon times. The official clocks are always in sight, and aid stations are never more than a lap away.

“On a trail, you’re out in nature and experiencing a lot of stimuli. On the track, those barriers are removed, which opens your mind,” Bitter said. “I compare it to doing a sensory deprivation tank. You can achieve an almost meditative state because you don’t have to worry about tripping or taking a wrong turn. You’re just locked in on your body.”

Removing those barriers allows runners to chase record times that some in the sport never thought possible. But there are trade-offs. If everything is in your control, then you can interpret everything that goes wrong as your fault — and if you’re running nonstop for 10 hours or more, something is bound to go wrong. “If you’re going slow up a hill,” Bitter said, “you just blame the hill. If it’s a track, who do you have to blame?” He has noticed that it’s harder to get out of a loop of negative thoughts when he is stuck on the literal loop of the track.

And although the constant presence of the clock allows for precise pace calculations, it can be as much a tormentor as a tool. “The flat and fast ones are much more mentally taxing,” Herron said. “On a trail, you’re bathed in nature. It feels fun. On a track, it feels like being a mouse on a wheel. It’s like you’re in an experiment with that clock right there. The clock can be your friend, but it can also be your enemy. You can see instantly how much every mistake costs you.”

These runners go to extreme lengths to minimize their mistakes — and their breaks. During his world-record-setting run in 2019, Bitter took just three bathroom breaks, in a portable toilet just off the track, for a total of 120 seconds. In his most recent races, Sorokin went a step further. Rather than stopping, he grabbed an empty water bottle and peed as he continued to run. (“It’s actually kind of difficult to relax enough to be able to pee,” he said.) Herron’s approach is even more radical: Before a race, she rubs herself with an anti-chafing cream. During a race, she pees freely.

Herron — who owns a world record for the fastest women’s marathon in a superhero costume — deals with the boredom of ultramarathons by focusing on the fun of running. And she enhances her experience by expanding her nutrition options beyond energy bars and sports gels. On 100-mile races, she drinks cola, ginger beer and even regular beer — though she discovered that anything above a 6 percent alcohol volume can be problematic. During 24-hour races, she likes to eat Taco Bell at around the 18-hour mark. Bitter, meanwhile, tries to keep everything on a predictable schedule so that he can zone out into that meditative state for long stretches and forget about the pain.

When Sorokin is suffering during those last stretches of a race, he tries to reflect on how far he has come — literally and metaphorically. Less than a decade ago, he had never run a competitive race. And now, he’s on pace to become one of the best ultrarunners in history. He likes to imagine the faces of people who have supported him along the way — his wife, his brother and even his countrymen. He wants to give them something to cheer for. And he wants to give his fellow road and track ultrarunners something to chase, even as they’re running in circles. 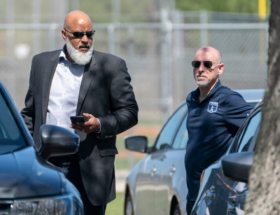 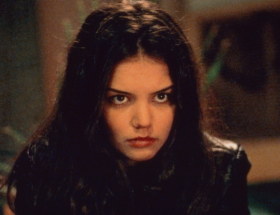 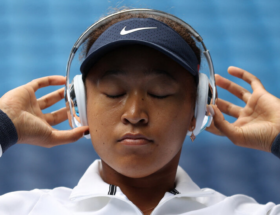