MONTRÉAL, May 4, 2022 /CNW Telbec/ – The Ombudsman de Montréal (OdM) today released a report on homelessness among Indigenous and Inuit people in the Milton-Parc neighbourhood. Entitled Don’t look the other way, it reveals a humanitarian crisis in the heart of the city and makes five recommendations calling on the authorities and above all Ville de Montréal to take action with concrete gestures of benevolence for all citizens.

The OdM’s investigation follows complaints from a group of citizens in a central Montréal neighbourhood near Parc Avenue and Milton Street. They deplored the degradation, unsanitary conditions and danger in this neighbourhood, where a community of homeless people of Indigenous and Inuit origin live. The residents complained that the authorities in charge are not adequately addressing these problems.

Given the seriousness of the situation, the scope of the City of Montréal’s powers and the limits of its own jurisdiction, the OdM quickly focused on three inter-connected aspects: safety; emergency and transitional accommodation and housing; and social cohabitation and support. The investigation was approached from the perspective of understanding the challenges at stake, including the lack of consultation among the entities involved.

The OdM hopes that the result of its work will shed a clear, but also a human, light on homelessness among Indigenous and, more specifically, Inuit people in the Milton Park district of Montréal. Above all, it wishes the report to create the hope necessary for things to move forward, because they absolutely must.

“Clearly, the issue of homelessness calls for a comprehensive approach and requires work in tandem with, among others, municipal authorities, community organizations and health and social services network (RSSS).” says Me Nadine Mailloux, Ombudsman de Montréal. “These stakeholders, however, operate within state or community structures that can be difficult to reconcile, resulting in an accountability vacuum (everyone passes the buck). It is absolutely imperative to learn to improve coordination.“

The OdM looked at the process for establishing winter measures and the last-minute implementation of these measures, observing a clear lack of planning.

Tents and winter emergency shelters are, all things considered, expensive stopgap measures that will not resolve the problem of a structural and perennial lack of resources for adapted lodging and social housing. In addition, funding of a limited duration for organizations that dispense these services hinders their longer-term planning.

A more efficient strategy to come to grips with homelessness would be to meet the year-round needs of shelters, and would breathe life into the actions and objectives so often repeated on this subject by Ville de Montréal and the RSSS.

Me Mailloux’s team made five recommendations on various aspects, such as housing resources, the funding of community organizations, the development of a preventive approach to homelessness, and citizen participation.

Faced with the disparate involvement of certain partners in the Réseau de la santé et des services sociaux, the Ombudsman de Montréal has forwarded its concerns to the Protecteur du Citoyen, who has agreed to open an investigation.

“It is imperative to walk the talk – that is, to put words into action.,” notes Me Mailloux. “It is essential not to manage this situation by simply ticking the boxes of a plan. We must act in a premeditated way and make sure that planned measures can produce concrete results, that all entities are accountable for the responsibilities that fall within their purview, and that that accountability is not measured in terms of isolated tasks but rather by their decisive impact in the field. In short, we must focus on comprehensive, strategic measures.

We must be able to observe that life for Indigenous homeless persons in Milton-Parc is improving. With the help of a cultural hub upon their arrival from the North. By having access to committed and appropriate care and services if they stumble. When they finally come out of the homelessness spiral and land in a safe dwelling place.”

The OdM intervenes on the basis of complaints or on its own initiative to ensure that citizens’ civic rights are respected and that their files are treated with respect, justice, fairness and goodwill by all municipal stakeholders. The OdM also provides the only available recourse to ensure compliance with the Montréal Charter of Rights and Responsibilities.

Having recourse to the OdM is free of charge and easily accessible. The Don’t Look the Other Way report and its French version, as well as all other OdM reports, including the annual reports, are available on the website.

Please note that for health reasons, Me Nadine Mailloux will only answer journalists’ questions by email. 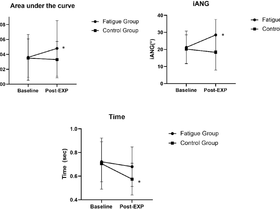 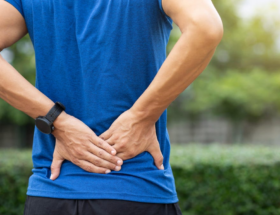