This year, while the West Coast burned, the East was met with torrential, record-breaking levels of rain. My neighborhood in Western Massachusetts received the most rainfall we’d had in years, and the soaked earth bore endless swarms of pesky and bloodthirsty mosquitoes. We were lucky, though. Just a few hours south, my hometown of New York City experienced flooding that destroyed homes and killed at least 11 people. Having just moved away from the city, I experienced some survivor’s guilt. It was as if I’d narrowly missed the fury of climate disaster, and was now floating just outside its hazardous periphery, biding my time until that periphery expanded and engulfed me too.

A few houses away, my neighbor, an older lady with a green thumb and a lush front yard, spun some silver lining out of the summer’s perilous weather. She told me that since the climate was warming, our normally frosty New England environment would soon be sustainable for the warm-weather-loving fig trees she was hoping to plant soon.

In some measure or another, many of us have consigned ourselves to the fact that our climate is going to continue to worsen, that temperature averages will continue to rise, and that the weather will continue to get more abnormal and more destructive with each passing year. This summer the UN’s Intergovernmental Panel on Climate Change (IPCC) released an alarming report stating that even with full commitments by the world’s industrial nations to reduce greenhouse gasses, we are already long past the point of reversing the already visibly damaging effects of man-made climate change like floods, droughts, forest fires, and once-in-a-century storms, and can now only hope to mitigate and slow its progress at best.

What’s worse is that, in spite of the report’s clear warning, world leaders continue to drag their feet and make half-steps, providing empty promises or making no promises at all. During November’s COP26 summit, the world’s largest polluters, the US and China, refused to make even a loose and nonbinding commitment to move away from coal over the next few decades. Immediately after the summit, President Biden, who “believes in science,” signed off on a lease sale of offshore gas and oil of unprecedented magnitude.

It’s enough to land one in a helpless and ineffectual daze. The evidence that the world as we know it is slipping away into an uncertain and disastrous future piles up in greater quantities all the time. The refusal of our leaders to even discuss the threat humanity faces (let alone act on it) only makes that grim future feel more inevitable. It’s no wonder, then, that we’re starting to see our normally escapist media begin to reflect the defeatist and nihilistic outlook that living in our contradictory reality seems to demand.

Even massive, franchised video games are getting in on the Nostradamus-like doom predictions. Battlefield 2042, developed by DICE and published by Electronic Arts, is set in the semi-near future, amid the famine, war, and economic disaster caused by a rapidly deteriorating climate. Most of the world’s nations have dissolved and only two “superpowers” remain: the US and Russia (an anachronistic Cold War framework that suggests the publishers of this game definitely want it to be sold in China). You play as soldiers for hire, part of the billions of “non-patriated,” stateless refugees who belong to no nation and are forced to fight in the pointless wars waged by the remaining superpowers as the world falls apart all around. 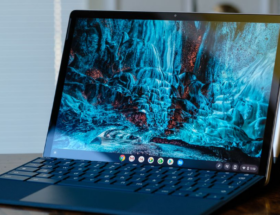 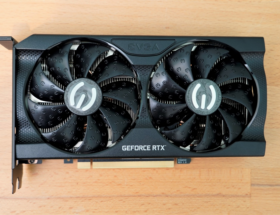 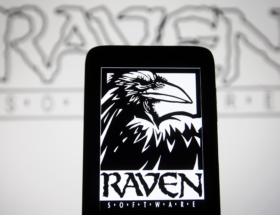