With Christmas right around the corner, now’s the time to make sure you have all your gifts in check and grab any last-minute holiday gifts you may need. Thankfully, there remain a good number of tech deals available, and a good portion of them are still slated to arrive before the holiday if you’re quick to order. Apple’s second-generation AirPods are still on sale for $90, while a couple of colors of the Apple Watch Series 7 are $50 off. NVIDIA’s Shield TV Pro streamer remains on sale for $180 and you can get $230 off one of the latest Roomba robot vacuums at Wellbots. Here are the best tech deals from this week that you can still get today.

Apple’s latest AirPods are down to $140, which is $40 off its normal price and a new low. We gave them a score of 88 for their more comfortable design, much improved audio quality and longer battery life.

The previous-generation AirPods are down to $90 right now, or $70 off their normal price. While not the latest models, these are still decent earbuds that we liked for their improved wireless performance and good battery life.

The latest Apple Watch Series 7 is on sale for $350, or $50 less than usual. It’s the most comprehensive wearable Apple makes and it earned a score of 90 from us for its larger screen, faster charging and handy features in watchOS 8.

The Mac Mini M1 is down to a new low of $570, while you can get the model with extra storage for $750. Adorama even has the desktop with 16GB of RAM for $100 less than usual, too. This is the most affordable M1 machine you can get right now, and it’s a good option if you prefer a desktop and want all of the performance improvements that come with one of Apple’s latest chipsets.

Apple’s 24-inch iMac M1 is $100 off, bringing the 8GB RAM/256GB storage model down to $1,399. We gave the colorful desktop a score of 89 for its speedy performance, stunning Retina display and thin design.

The high-end NVIDIA Shield TV Pro streamer is down to $180 right now, or $20 off its normal price. It’s on the expensive side, but it’s one of the best streaming devices you can get at the moment thanks to its Tegra X1+ processor, 16GB of expandable storage and support for 4K upscaling, Dolby Vision, Dolby Atmos, Chromecast technology and more.

Amazon’s most powerful streaming device, the Fire TV Cube, has dropped to a new record low of $75. It supports 4K streaming, Dolby Vision and Atmos, plus hands-free Alexa controls.

GOG’s annual winter sale has slashed prices of many popular PC games. Some of the highlights include Disco Elysium – The Final Cut for 55 percent off, bringing it down to $18; Cyberpunk 2077 for only $30; and Metro Exodus – Gold Edition for $14.80, or 63 percent off.

iRobot’s latest vacuum, the Roomba j7+, has dropped to $619 at Wellbots when you use the code 30VAC at checkout. You can also still get the robot without the clean base for $449. This is one of the higher-end robo-vacs the company makes and it has new AI-driven computer vision technology that can detect objects and move around them as it cleans. That means it’ll better avoid things like chairs and table legs, as well as unexpected obstacles like pet poop. The j7+ also comes with a clean base into which the robot will empty debris at the end of every cleaning job.

GoPro’s Hero 10 Black action cam is $100 cheaper at Amazon right now, bringing it down to $399. This model has the updated GP2 processor, support for 5.3K max resolution at 60fps, 4K at 120 fps and 2.7K and 240 fps. We also liked its Hypersmooth 4.0 feature, which stabilizes bumps while you’re recording. While that’s a great deal on the camera alone, you can spend $50 less and get the camera with a 1-year GoPro subscription if you shop directly at GoPro’s website.

You can pick up the Fitbit Charge 5 for $130 right now, or $50 off and the same price as it was on Black Friday. This is Fitbit’s most comprehensive fitness band and it earned a score of 82 from us for its full-color touchscreen, built-in GPS, onboard EDA sensors for stress tracking and multi-day battery life.

You can grab the standard Kindle for $55 and get three months of Kindle Unlimited for free with it. We gave this e-reader a score of 91 for its improved contrast display, extra front lights and sleeker design.

A bunch of Fire tablets are on sale again — you can get the Fire 7 for only $35, the Fire HD 8 for $55 and the Fire HD 10 for $100. These are all close to Black Friday prices, so you’re still getting a good deal even if you missed the sales a few weeks ago. We gave the Fire HD 8 a score of 81 for its refined design, good performance and new USB-C charging.

Amazon’s new smart thermostat is down to $48 right now, or 20 percent off its normal price. Like similar gadgets, it’s designed to save you money on your home heating and cooling by automating the process. it doesn’t have all the bells and whistles that other, more expensive thermostats do, but it’s Energy Star-certified and supports a feature called Hunches, which will automatically adjust the temperature based on your habits. You can also control it with Alexa if you have an Echo speaker or smart display in your home.

Our favorite pair of Sony headphones, the WH-1000XM4, are down to $248 right now, which is just about $100 off their regular price. We gave these cans a score of 94 for their powerful ANC, immersive sound quality and multi-device connectivity.

Walmart has an exclusive version of the 8-quart Instant Pot Duo Nova for $59. That’s nearly half off the price that the normal model is going for on Amazon right now. You’ll get seven cooking modes along with additional one-touch programs that make it easy to prepare things like soups, stews, porridge and more.

Samsung’s EVO Select microSDXC card in 128GB is down to $16, or 20 percent off its normal price. This is the latest model and while you can find microSD cards for less, EVO is a reliable brand and you’re getting a full-sized adapter with this one.

The Chromecast with Google TV has dropped to $40, which is $10 cheaper than usual. We gave the device a score of 86 for its 4K HDR streaming capabilities, Dolby Vision and Atmos support plus its much needed and very handy new remote.

Samsung’s 980 Pro is one of the best internal SSDs you can get right now and a 1TB model is on sale for $170 right now. It has sequential read speeds up to 7,000MB/s and it’ll work with the PS5 as long as you have a heatsink attached.

Crucial’s P5 NAND NVMe SSD in 1TB is on sale for $145 right now, or 19 percent off its regular rate. This drive can reach sequential read speeds of up to 3,400MB/s and its M.2 format makes it a good option for both desktop and laptop users.

Razer’s Wolverine Ultimate gaming controller is down to $81, or nearly half off its normal price. The controller that comes with your Xbox is pretty good, but sometimes you might need a little more features from your gamepad. The Wolverine Ultimate may be wired, but it also has interchangeable thumbtacks and d-pads, so you can actually tweak the controller’s layout according to the games you play and your own personal preferences.

Amazon’s Echo smart speaker is on sale for $60 right now. We gave it a score of 89 for its solid audio quality, attractive design and inclusion of a 3.5mm audio jack.

The tiny Echo Dot has dropped to $30, and you can grab the Echo Dot with Clock for only $35. We gave it a score of 88 for its good audio quality for the price, compact design and tap-to-snooze feature.

The Nest Mini is down to $25. It’s the affordable speaker to get if you want to put the Google Assistant in your home without dropping too much money, or taking up too much space.

A three-pack of Philips Hue White and Color bulbs is down to about $77 thanks to a sale price and an additional 15-percent-off coupon that you can clip on the product page. That’s the best price we’ve seen on this bulbs-only pack, making it best for those that already have a Hue bridge. You’ll just have to wait a bit to get them as they will not ship until early January.

For those curious about Tidal’s HiFi service, you can take advantage of the company’s holiday sale and get three months of the music service for just $1. Three months of the HiFi Plus Plan is also on sale for $2, and it gets you everything in the standard HiFi plan along with Master Quality audio with Dolby Atmos and Sony 360 Reality Audio support and other extra perks. 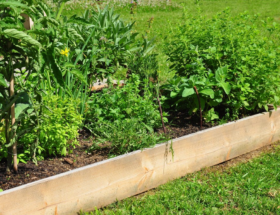 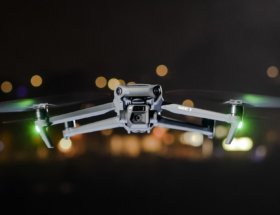 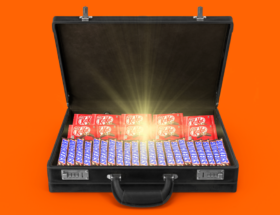