Microsoft is bringing a handful of usability upgrades to Windows 11 while pushing what is arguably the single most anticipated feature into a public beta.

Android apps are finally coming to the Microsoft Store in a public preview. Android app support was one of the main attractions to Windows 11 but it didn’t arrive at launch, and will instead reach mainstream consumers months afterward.

It’s an important piece to Microsoft’s puzzle because the Microsoft Store has, for years, lagged behind its counterparts when it comes to the quality and quantity of apps. Not every Android app will be usable on a Windows PC, and Microsoft is using the Amazon Appstore, not Google Play, to bring “over 1,000 apps and games.” Microsoft didn’t say how many apps it planned to make available, but it won’t be anywhere near the 3.5 million Android apps on Google Play. Some of the supported apps it did mention include Audible, Kindle, Subway Surfers, Lords Mobile, and Khan Academy Kids.

“These apps feel like a part of Windows, integrating naturally with Windows input and windowing experiences, like Snap layouts,” Windows head Panos Panay wrote in a blog post.

Windows 11 users will also see welcome changes coming to the taskbar in a February non-security preview release. Once installed, the taskbar will now contain mute controls and a share windows option, which are available to Microsoft Teams users with a work or school account. During a call, a mic icon on the right side of the taskbar will let you quickly mute/unmute even when you’re away from the call.

Microsoft is also adding weather content to the left-hand corner of the taskbar (or the right side if your taskbar is left-aligned); hovering over the icon will bring up Widgets and clicking it once will keep the tab open. Thanks to user feedback, the date and time will now appear on your second monitor, not only the one you set as the primary. Now you don’t have to twist your neck from one screen to the next to get this basic information.

The other major announcement is the availability of two redesigned apps: Media Player and Notepad. Available now in the Microsoft Store, the new Media Player app features a full-blown music library where you can browse and play music, and create or manage playlists. Every song or audio file in your music and video folders on your PC will automatically appear in the Media Player library. The revamped Media Player will replace the Groove Music app that’s pre-installed on all Windows systems.

As for Notepad, it received a new user interface based on Microsoft Fluent Design language and adopted dark mode. Some noteworthy new features include multi-level undo, colorful emojis, and a more efficient find-and-replace tool.

With these updates, Microsoft is bringing Windows 11 closer to its promise of being a modern OS with a wider selection of apps. We’ll spend the next few weeks testing these features to see how well they address some of the OS’s shortcomings. 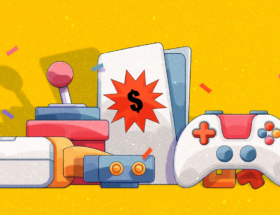 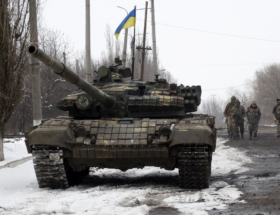 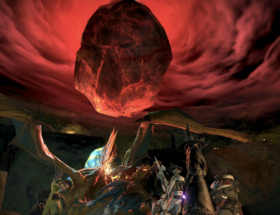