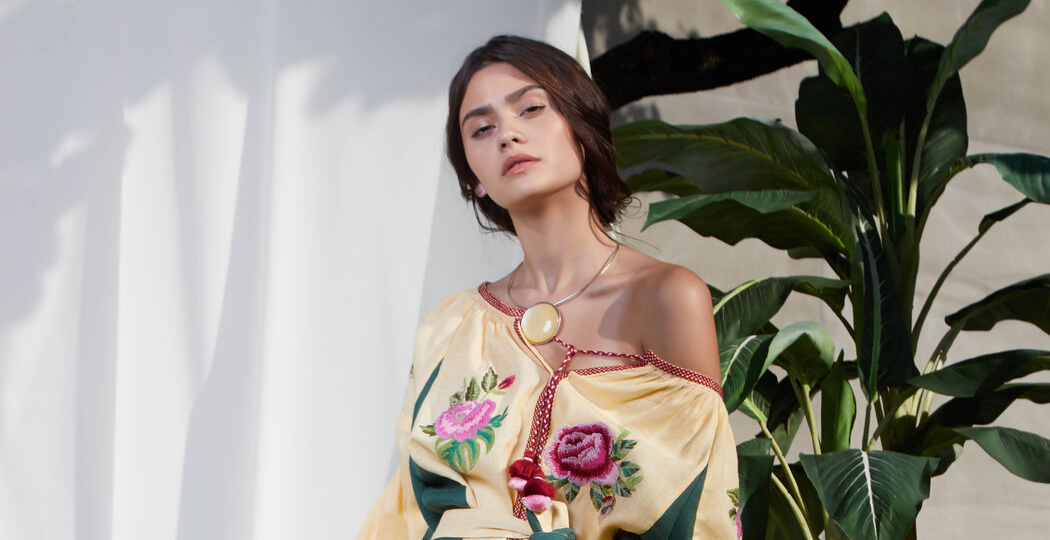 Angel for Fashion is a new e-commerce platform that sells the wares of 30 Ukrainian designers. The styles it offers are eclectic: There are breezy dresses inspired by traditional Ukrainian designs from the Foberini label; cheekily glamorous looks from Frolov; and macabre leather offerings, like Kofta bags and Bob Basset masks and harnesses.

“It’s one of the most thriving and vital atmospheres,” Alina Bairamova, the creative director of Angel for Fashion, said of her country’s fashion industry.

“Meeting the world was inevitable,” she added. “It has just sped up the process by the war.”

Angel for Fashion was the brainchild of Jen Sidary, whose résumé includes stints at Zappos and Vivienne Westwood. The site works on a dropship model, with Angel for Fashion taking a percentage of sales in exchange for hosting the products on its site. Orders placed on the site are forwarded to the designers, who handle fulfillment and shipping, the cost of which is included in the garment’s price.

Currently, there are more than 800 items available, although some products are available only for pre-order or come with caveats that shipping could be delayed because of supply chain logistics in a country at war.

Some of her designers, Ms. Sidary said, never stopped sketching, sewing and designing, even as their city and country came under attack. Others have repurposed their operations to help the war effort, relocated within Ukraine or are traveling back and forth between Ukraine and neighboring countries.

“I did throw on the site that it could take up to six months only because I prefer to not over-promise and under-deliver,” Ms. Sidary said of potential shipping delays, speaking via Zoom in her smoky Southern California accent. “I mean, I hope things don’t take six months.”

She added proudly that the site would be available globally, except in Russia and Belarus, which she referred to as “Bela-Russia.”

Ms. Sidary was enjoying a celebratory tequila on the rocks. Her nails were painted fluorescent yellow, the middle fingers painted blue in what she said was a kiss-off to Vladimir Putin, the Russian president. “They’re growing out — at some point I’ve got to get a new manicure,” she said. “But to get this live in three weeks, I’ve literally been working 17-hour days.”

The idea for the website came to Ms. Sidary at the end of February, when she returned to West Hollywood after showcasing six Ukrainian designers in New York. In a macabre coincidence, that showcase opened just one day before the Russian invasion on Feb. 24.

Since shipping garments back to Ukraine was no longer an option, Ms. Sidary took four of the designers’ collections back to her one-bedroom apartment. She also took in Valery Kovalska, a designer specializing in unexpected tweaks to modern basics, who also happened to be in New York during the invasion.

U.N. meeting. President Volodymyr Zelensky of Ukraine addressed the United Nations Security Council, detailing the horrors he saw in Bucha, the Kyiv suburb where Russian troops have been accused of killing civilians, and laying out a powerful indictment of the U.N.’s failure to prevent the invasion.

On the ground. As Russian forces have retreated around Kyiv, Ukrainian and Western officials said that Russia appeared to be positioning troops for an intensified assault in the eastern Donbas region, where the port city of Mariupol remains under a brutal siege.

“I couldn’t just leave her in New York like a sad baby Ukrainian designer, so I was, like, ‘Girl, just come to Los Angeles with me,’” she said. The two women had met only a few times when Ms. Kovalska moved to Ms. Sidary’s couch, where she lived for nearly a month.

On Sunday, Ms. Kovalska was packing her suitcase to stay with friends of friends in the Venice Beach neighborhood of Los Angeles. “I just moved because I still wanted to be friends with her,” she joked, not wanting to overstay her welcome on the couch.

“Luckily, I’m physically safe here,” Ms. Kovalska said, while also noting the duty she felt to Ukraine. “So now my mission is to work hard to bring money to the country. I’ve got 25 employees, and I’m still paying their salaries while I’m sleeping on the couch.” She has been sending deadstock and samples to her employees in Ukraine who are in need of clothes.

“At least they’re going to have a really fashionable wardrobe now,” she said with a laugh.

Ms. Kovalska believes in the vision of Angel for Fashion. “I really hope it’s going to be a big business for her and for us, too,” she said. “It’s not just a charity event. It supports our industry.”

Ms. Bairamova, like Ms. Kovalska, was in New York on business when the invasion started and now is staying with friends on Roosevelt Island indefinitely. For her, the inauguration of the site was emotional, both in terms of the work she had put into it and the potential impact for Ukraine, where her family remains.

“It turns an unfortunate event into something that can be so fulfilling and so promising for the future,” she said. 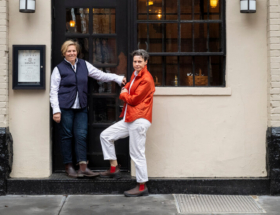 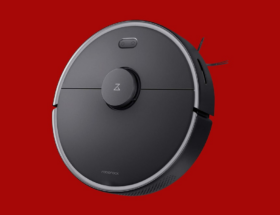 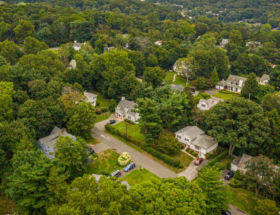