With the debut of new Echo Show 8 and Show 5 devices in June, we’ve seen a few good deals on Amazon’s first-generation smart displays since then. A new one has popped up on both Amazon and Best Buy for the original Echo Show 8, dropping it down to a record low of $64. That’s the best price we’ve seen all year on the gadget, and it’s even better than the $70 sale price that we saw during Amazon Prime Day.

The Echo Show 8 sits in the middle of Amazon’s smart display lineup with its 8-inch HD screen. While the Echo Show 5 excels as a smart alarm clock, the Echo Show 8 lets you watch videos, view photos and check out security camera feeds with a bit more comfort. The larger display is also better for video chats and it has a physical camera shutter (along with a microphone on/off button) for when you want extra privacy. If the Show 5 is a bit too small for you but the $250 Echo Show 10 is too expensive (or you’re freaked out by its swiveling base), the Show 8 will likely hit a sweet spot with its power, screen real estate and price.

The updated Echo Show 8 is only a few months old but it’s much pricer at $130 and it’s not significantly different from the first-generation. It has a faster octa-core processor and a 13-megapixel wide-angle camera with auto-framing, which means it will automatically pan to track your face and keep you in view during video calls. This feature also works with all video chat services that the device supports, including Skype and Zoom, so it will come in handy if you frequently make calls with the Show 8. But you could safely skip the 2021 model if you mostly use your smart displays for weather alerts, calendar appointments, music streaming and other basic tasks. 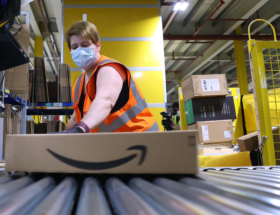 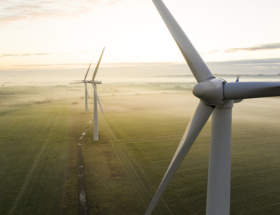 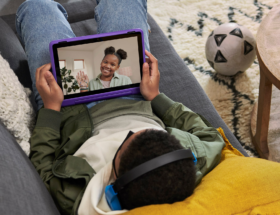